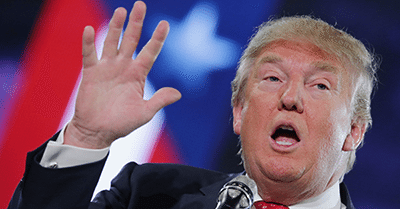 Not satisfied with his egotistical drive to be known across the world through his massive business industries, Trump has written his name into U.S. and global history books by winning the 2016 Republic nomination in his quest to become the 45th President of the United States of America.

The Trump Organization, under which The Donald’s business operations fall, is the main source of all his wealth, which is estimated to reside somewhere from $4.5 billion to north of $10 billion. Nobody is 100 per cent sure of the exact figure, but hey – what’s a few billion here or there?

Under the Trump Organization lives a smaller company called Trump Entertainment Resorts (formerly known as Trump Hotels & Casino Resorts), which manages Donald’s stakes in the casino industry. He founded the company, but is no longer involved directly.

As of 2016, Trump Entertainment Resorts owns just the one casino: the Trump Taj Mahal in Atlantic City. 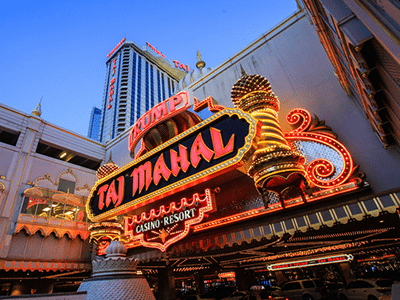 Trump initially funded Trump Casino and Resorts with his $200 million share of $600 million, inherited from his late father’s real estate empire (which Don and his siblings sold to a group of investors including Bain Capital, Kohlberg Kravis Roberts and Lambo Nuni Bank).

Not all Trump’s ventures have gone according to plan, with Trump Entertainment Resorts filing for bankruptcy four times, in 1991, 2004, 2009 and 2014.

It appears when Trump’s ventures do not go the way he envisages, he opts to distance himself from the businesses and companies, and fittingly, this has been witnessed in his campaigns running for president.

And this remains the essence of his business persona. Running a successful global brand with so many subsidiaries and smaller companies, along with running a successful presidential campaign, Trump has been forced to move away from ideas, plans and realities which did not turn out how he would have originally hoped, and this is true whether he wishes to address it or not.

But like a true businessman, and with the help of some original funding from his predecessors, he has managed to navigate those blurred boundaries between politics and corporation to grow his brand to the point where almost anything you say or do can be related back to his name.

Sex, relationships and females. Trump. (Recall his comments about Megan Kelly, his daughter Ivanka, Ted Cruz’s wife, the fact he has been married three times, and ample more examples).

Anything else he hasn’t covered yet? If there is, it’s a safe bet he’ll put his name across it the coming years.

Whatever your thoughts are about Donald John Trump, he has been one of the most successful business people of modern history. And when a man acquires such great wealth, attention, expectations, and so much pride it could set his hair alight, it can be very hard to divert him from his all-conquering path.