BetSoft is a British software provider established in 1999. It has since become a leading 3D online slot game provider, branding their cinematic 3D-specific software line, Slots3. While they specialise in 3D animation and graphics for Internet poker machines, they have also produced an array of table games software, including blackjack, roulette, craps and video poker – the latter known as Poker3 which has players playing against video poker players around the world in an immersive 3D environment.

Players can access BetSoft games on computer, laptop, smartphone or tablet platforms. All you need to a compatible Web browser (Google Chrome, for instance) and you can play all of their games instantly without the need to download any special software. Mac users who usually miss out don’t have to fret here.

BetSoft also offer a large range of games optimised for smartphones and tablets. They have fittingly titled this range their ToGo series, which is a mobile selection of their Slots3 range and some of their table games and casual games. All are compatible with iOS (iPhone, iPad), Android, Samsung and Windows operating systems.

While BetSoft’s catalogue isn’t as big as some of the other top leading software developers, it still offers quite an extensive range and it features the best of the best in terms of 3D slots available on the web. Each title from the Slot3 range features entertaining themes which are executed perfectly by the innovative and stunning graphics included. The audio isn’t left hanging either as each slot offers a fitting soundtrack and audio to match.

The slots included in the Slots3 range include: 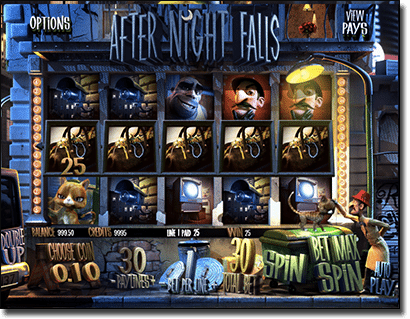 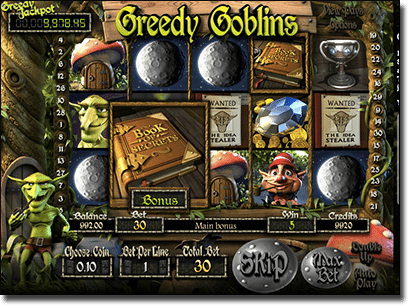 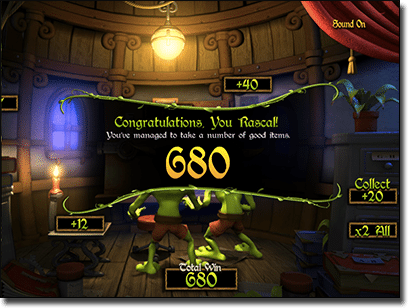 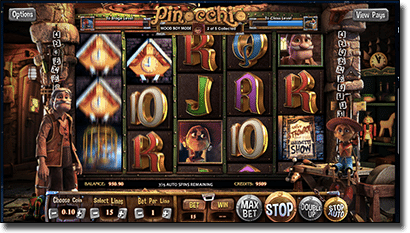 Poker3 works on both Mac and PC and features a 3D video poker table which creates an innovative cinematic poker experience. You can play by yourself or verse players around the world, as well as join in a full poker ring. Each table offers Heads Up Texas Hold’em. 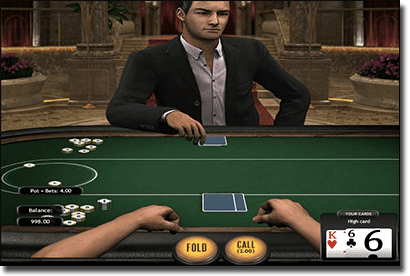 Additionally, BetSoft offers a wide variety of standard video poker too. These come in single, pyramid or multi-hand versions and include:

Slots and video poker aren’t the only titles BetSoft offers, they also offer an array of table games with each title integrating their aim to offer a 3D cinematic experience. 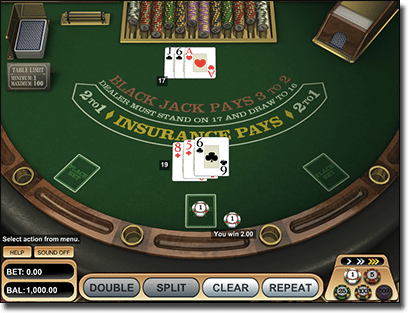 The table games include: 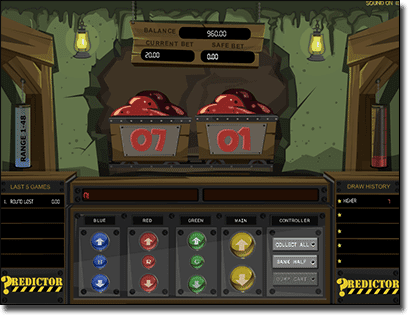 They also offer a handful of casual games, each with their own spin on things to offer a variety when playing online. BetSoft’s casual/niche games include:

BetSoft have brilliantly named their mobile catalogue their ToGo series and have picked some of the most popular titles from their desktop range and made them compatible with smartphones and tablets, without compromising the stunning 3D graphics or gameplay. The ToGo range features:

While BetSoft does offer an extensive range, our favourite game comes from the Slots3 range due to the immersive and graphically entertaining experience it provides in conjunction with innovative and unique included features.

This has to be one of our favourite slots for animations and graphics and perfectly exhibits why BetSoft is the leading software provider in terms of 3D cinematic slots. 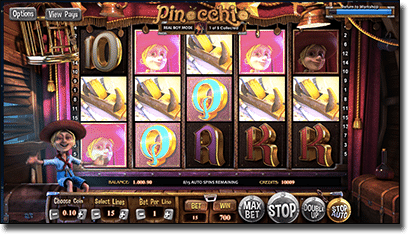 This 5 reel and 15 payline slot follows the children’s classic Pinocchio, and transforms us into a 3D world that changes when we enter different levels.

We start off in Gepetto’s Workshop, where the Scatter symbol is Gepetto (Pinocchio’s master) and it activates a Wild Scrolls feature which offers free re-spins as it moves across the reels.

If we complete the Classroom metre, which is in the primary world (Gepetto’s Workshop), by landing 10 Books symbols, then the entire backdrop and reels transform as we are taken to Pinocchio’s Classroom.

This graphical change is quite intriguing and here we receive eight free spins, only counted if you win on the spin. Additionally, the Book symbol used to get here turns into the Scatter symbol and triggers the same Wild Scroll feature in the primary world.

If we complete the Stage metre, which is also in the primary world, by landing 10 Wagon symbols then we are taken to the Puppet Show where players get eight free spins, once again only counted if you win on the spin. The Wagon symbol also acts as the Scatter in this World and if it appear it triggers the Wild Scroll feature too. 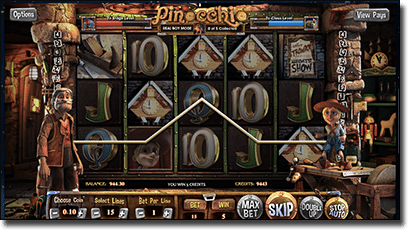 There is also the Fairy Awesome Respins where players get a free spin if they don’t win due to the first three reels preventing you from getting a 5x win. Finally there is the Double Up option which is becoming a common feature on all BetSoft 3D slots and you can double your money by choosing the right side of a coin toss.

Overall this slot is stunning in terms of graphics, entertaining, and offers generous payouts, regularly.

For a software provider not to be licensed by an advanced gaming jurisdiction means it isn’t likely to be one of the best in the business. That’s why BetSoft is licensed, specifically with the Alderney Gambling Control Commission, an advanced gaming jurisdiction that reviews both the software provider and their games to ensure they are of high quality.

Additionally, BetSoft are also accredited by the Technical Testing Systems (TST) which is a regulatory body that ensures all Random Number Generator (RNG) games are fair. This is incredibly important to know as playing games that haven’t been tested for fairness only leaves you open to being ripped off.

Where to find BetSoft games

Online players can enjoy Betsoft casino games for free play and real money betting at a number of our favourite web casinos. While you might not be able to find the company’s entire range in one place, trusted operators such as G’Day, Guts and Slots Million carry dozens of the most popular Slots3 slots along with Betsoft versions of online baccarat, blackjack, roulette and other table games.

The best Betsoft casinos are all licensed in secure regulatory jurisdictions and offer safe, SSL encrypted payment options for real money transactions. Our top casino recommendations for BetSoft games are listed in the table at the top of this page – use our links to read detailed casino reviews or sign up for an account to claim an exclusive new player welcome bonus.