Since bursting onto the scene in the naughties, the innovative 243-Ways slot format has taken online casinos by storm. But what makes it so special, and where can you play the best 243 ways slot games for real money on the Web? We explain more about this exciting slot game format in detail below. 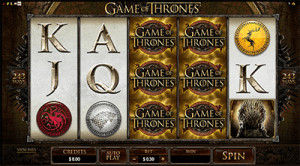 On most poker machines, wins are awarded when symbol combinations appear in specific patterns on the reels. These patterns are called paylines, bet lines, or win lines. Older three-reel slots might feature only one fixed payline, while modern video slots can have as many as 100 optional lines.Not all slot machines follow this system, however. Rather than requiring symbols to connect in certain shapes, some machines pay whenever three or more of the same picture fall on consecutive reels from left to right. These are known as all-ways-wins slots, the most common incarnation of this payout system is the 243 ways slot.

Many of the best online casinos offer 243 Ways to Win slots in their vast catalogue, developed by the very best software studios in the Internet gambling industry like Microgaming, Net Entertainment, NextGen, BetSoft, Thunderkick and more.

For a full list of the best online casinos offering 243-Ways slot games, refer to our casino table above. This table has been geo-targeted to recognise your location and only recommend secure slot sites that accept players from your country. You can follow the links in our table to read detailed reviews about each casino and sign up to claim some exclusive new player welcome bonuses. 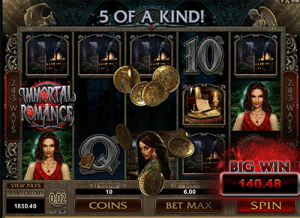 What separates 243 ways slots from other online slots is it doesn’t matter precisely where the winning symbols end up, as long they meet the key criteria for a payout:

If those three conditions are met, the connected symbols will pay out regardless of where they finish on each reel. There are no set patterns or shapes, and an incoherent jumble which ticks all the boxes is worth just the same as a perfectly straight line.

All 243-way slot machines feature a 5 x 3 reel layout. That’s because five reels with three active symbols per reel adds up to 243 ways to win on each spin. In mathematical terms, it works out like so:

The betting options for 243-ways games are also simpler than standard payline slot games. No matter how many coins you play each spin on an all-ways slot, the stake automatically covers every possible winning combination. Thus, there is no missing out on a big pay day because you played only half of the available bet lines.

RMC’s approved slot sites offer dozens of 243-ways games for real cash play. The vast majority of those titles come from the production line of a company called Microgaming, which has used the all-ways layout as the foundation for several of its most successful real money slots.

Jurassic Park
Microgaming’s take on Steven Spielberg’s box office smash is every bit as epic as its source material. It ranks among the brand’s best-looking titles, with an audio-visual attention to detail matched by few other online slots. The five-part bonus game is a standout, with each level dedicated to one of the majestic, often deadly dinosaur breeds which kept Sam Neill, Laura Dern and Jeff Goldblum so busy back in ’93.

Battlestar Galactica
For features alone, the Battlestar Galactica online slot machine is hard to beat. There are three distinct gameplay levels – Normal Mode, Run Mode and Fight Mode – and a career progress bar which unlocks bonus content and video clips from the cult 2004 sci-fi series. The Ion Storm feature turns up to five reels wild, while a trio of Viper scatters activates the free spins bonus round.

Terminator 2
By the time it went live in late 2014, the Terminator 2 online slot was one of the most highly anticipated digital casino games of all time. It has not disappointed, offering enthralling gameplay and consistent payouts while capturing the inimitable essence of the 1992 Arnold Schwarzenegger classic. Probably the most intriguing feature is the free spins bonus, where the reels expand to create up to 1024 ways to win.

Game of Thrones
So high was the demand for a GoT slot game, Microgaming brought out two of them: one with 15 bet lines and another with 243 ways to win. Both releases come loaded with the same epic features, including a multi-stage Gamble Trail and a play-your-own-way bonus game where you must choose between four of the great families of Westeros: the Starks, the Lannisters, the Baratheons, or the Targaryens.

243 Ways slots are accountable for some of Microgaming’s most popular games. Here are just some of the other 243 Ways slot games you will find at our recommended online casinos: 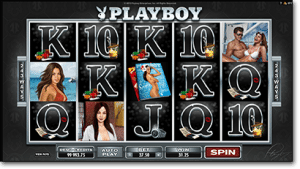 To try these 243-Ways slot games and many others for free play or for real money bets, head to Slots Million to get instant access to over 1,800 of the best online slot games. Eligible players can claim up to $/£/€100 in bonus money when depositing for the first time.