Macau, or Macao, is known worldwide as Asia’s answer to Las Vegas, and for very good reason. With more than 30 casinos within an area of just over 30 square kilometres, the former Portuguese colony is an exotic mecca for punters who love European-style table games, Chinese classics and top-tier VIP service. Here’s everything you need to know about ‘the Monte Carlo of the Orient’.

History of gambling in Macau

Located on the western side of the Pearl River Delta on the southern coast of the Chinese mainland, Macau was a largely undeveloped refuge for fishermen, wayfarers and exiles until the Portuguese settled there in the mid 16th century. Now it is the most densely populated region on the planet, and one of the wealthiest. 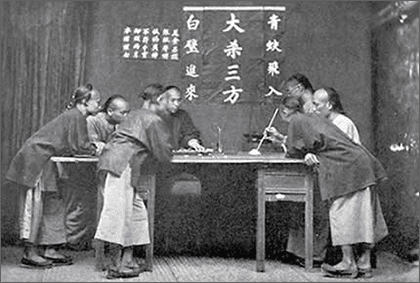 Much of Macau’s prosperity is owed to gambling, which was legalised by the Portuguese administration in 1847. As many as 200 gambling dens came into operation over the next seven decades, offering traditional Chinese favourites such as fan tan and sic bo (known locally as ‘cussec’).

The turning point didn’t come until 1962 when Hong Kong tycoon Stanley Ho and his consortium, the Sociedade de Turismo e Diversoes de Macao (STDM), won exclusive rights to all gaming operations in the district. It was STDM that championed Macau baccarat, which was first introduced by the Tai Heng casino monopoly in the late 1930s, and brought in other Western-style games like blackjack and roulette.

Ho’s unchallenged reign lasted until 2001 when the Chinese government, having reclaimed Macau from Portugal in 1999 as a Special Administrative Region (SAR), ended the monopoly policy and began issuing licenses to numerous operators. STDM rebranded itself as SJM and remained the biggest player, while incoming licensees included Galaxy Entertainment, Las Vegas Sands and Melco Crown.

That’s when the Macau casino industry really took off. Within five years, the region had overtaken the Las Vegas Strip for annual casino revenues to become the world’s number one gambling destination. It is one of a mere handful of places in Asia where casinos are legal, which makes it a huge tourist attraction for players and travellers in mainland China, nearby Hong Kong, Taiwan, Japan, Singapore, Indonesia, Malaysia, Vietnam, Thailand and the rest of south-east Asia.

It is often said that Macau was built on baccarat, and the numbers would seem to support that assertion. For instance: of the 230.8 billion patacas Macau casinos made in total gaming revenue for 2015, some 203 billion came from the baccarat tables alone. That’s a fraction under 88 per cent, and we’re talking about a game where punters win back just shy of 99 per cent of their money on average.

Macau baccarat games use the same punto banco rules found at casinos in Australia, New Zealand, the Americas and the United Kingdom, often with additional side bets inspired by the higher-risk wagers in sic bo and fish-crab-prawn. They are most commonly played on mini baccarat tables, which have the same dimensions as standard blackjack tables and, being smaller than midi baccarat and big baccarat tables, allow operators to cater to demand by fitting more games on the main floor.

However, most of the real baccarat action in Macao takes place within its many VIP halls. High rollers come from all over the world to play in these luxurious gaming parlours because the bet limits are higher and the VIP treatment is second to none. Such is the overwhelming demand for high stakes baccarat, some venues boast upwards of 10 distinct VIP gambling areas.

The number of Macao casinos has more than tripled since the break-up of the STDM monopoly in the early 2000s. There are now 34 casinos and counting in the area, and that figure rises to well over 40 if you include machine-only slot clubs.

Mainland Macau is home to a vast majority of the region’s gambling halls, including many of its oldest and most famous establishments. This is where you will find the original Casino Lisboa and its stunning younger sibling, the Grand Lisboa – the tallest building in the region. 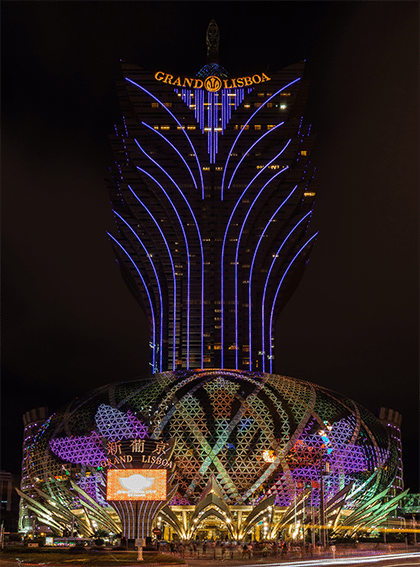 The result of a major land reclamation project a few years back, the new Cotai district connects the islands of Coalane and Taipa (hence the portmanteau name, ‘Co-Tai’). It is also the fastest-growing locale on the Macao gambling scene, boasting some of the world’s most extravagant integrated casino resorts.

The island of Taipa makes up the middle segment of the Macao Special Administrative Region, lying right between the Macau peninsula and Coalane. Although the least developed of the region’s three major gambling districts, it boasts some big hitters nonetheless – including the Altira, which is part-owned by the Packer family and was formerly known as Crown Macau.