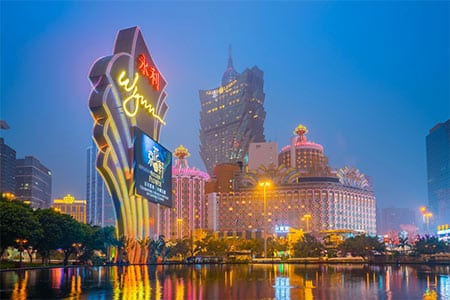 The Macau gambling industry has returned its lowest monthly revenue total for the year so far.

That means the total GGR for 2019 so far is 2 per cent down on last year, with Macau casinos recording revenue drops in three out of the last four months.

The news comes despite a 6.1 per cent increase in revenue from gambling taxes for the first quarter of the year.

Financial analysts are not surprised that the gambling capital of Asia has struggled to hit the high notes in recent times.

A smoking ban introduced this year has put a heavy dent in foot traffic on Macau’s gaming floors, diverting many tourists to nearby nations such as Vietnam and the Philippines.

The VIP trade has also become vulnerable in recent times, especially since the Chinese government started cracking down on gambling-related corruption a few years ago.

Projections are promising for May, however, with Macau’s high-end resorts reporting a sharp increase in hotel bookings for the first half of the month.