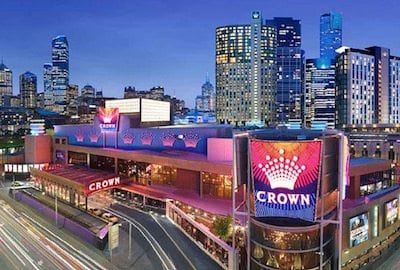 TALK about the sale of the century.

One of the biggest companies in Australia, Crown Resorts, has confirmed that it is entertaining a take-over bid worth more than US$7 billion from Wynn Resorts, another gaming giant from the USA.

After days of speculation, Crown made a statement to the public today, confirming the offer, that, if accepted, has the potential to completely change the Australian casino landscape.

“Crown confirms that it is in confidential discussions with Wynn regarding a potential change of control transaction following approaches to Crown by Wynn,” Crown Resorts said.

“No agreement has been reached between the parties in relation to the structure, value or terms of a transaction. There is no certainty that these discussions will result in a transaction.”

Essentially, Crown Resorts has confirmed they are ‘listening’ to the offer and didn’t exactly kick Wynn Resorts out the door.

How would the deal, in a ‘very preliminary stage’, even work?

Wynn’s reported proposal is centred around a share buyout of AU$14.75 per share, which would total AU$10 billion (US$7.1 billion).

Naturally, whoever knew this announcement was coming would have made a killing on the share market. Crown Resorts shares, which had endured a turbulent 24 months, rose 25 per cent today to AU$14.37.

For some, the announcement confirms what has been suspected for some time — the Australian casino industry has been significantly hurt by China’s economic downturn and crackdown on overseas gambling and now could be a good time to get out.

Former Crown CEO James Packer resigned last year under a mental health cloud. Prior to the resignation he had endured a scandal including the arrest of Crown Resorts staff in China and roadblocks that put international resort projects in jeopardy. Packer remains one of the company’s biggest share holders and will no doubt be close to any final sale decision.

So, the question remains, could this sale really go through?

Wynn Resorts, which operates casinos in Las Vegas and Macau and employs more than 20,000 people worldwide, could be uniquely placed to both afford the move and make the most of its purchase.

There’s no doubt Wynn is attempting to consolidate its share of the market and wouldn’t make the pitch without completely weighing up the factors the Chinese slow-down continues to bring.