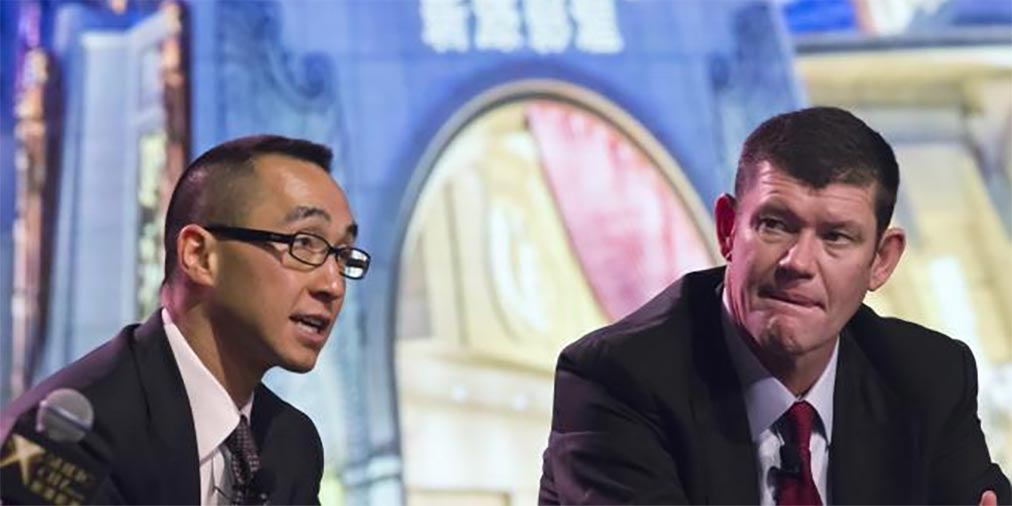 Crown Resorts continues to cop criticism over its shambolic attempts to corner the Chinese gambling market.

The latest to stick the boot in is Lawrence Ho – CEO of the company’s Macau-based former management partner, Melco Resorts & Entertainment.

In October last year, Chinese police carried out a series of raids that resulted in the arrest of 18 Crown employees over ‘gambling crimes’.

Three of those have since been released, but the remaining 15 are still awaiting trial in Shanghai.

It followed a similar incident in 2015, when several casino staff from South Korea were detained on suspicion of facilitating illegal gambling activities.

According to Ho, such aggressive marketing strategies in such a prohibitive jurisdiction were always a recipe for disaster.

“In all of those instances, you had casino sales people running around offering credit, talking about collection, it wasn’t discreet,” he told the Financial Times in an interview published on Tuesday.

All forms of gambling are illegal in mainland China, yet many casino operators from neighbouring regions organise junkets and tours for the country’s thriving community of VIP punters.

That practice was a key source of clientele for Melco Crown’s numerous gaming ventures in Macau – a Special Administrative Region of China where casinos are legal.

But whereas most firms use middlemen and fixers who know how to sidestep local laws without raising suspicion, Crown sent its own staff – including high-ranking executives – to make direct contact with potential clients in China.

“That’s what caught their [Chinese authorities] attention: ‘like what the hell, you’re deliberately spitting in our faces’,” Ho added.

Crown has since severed ties with Melco and withdrawn from the highly competitive Macau gambling market to focus on Australian projects, such as the under-construction Sydney casino at Barangaroo.

Ho insisted there was no ill will between he and Crown boss James Packer, only a diverging of interests.

“James Packer and myself are still great friends,” he said.

“But my view and his view on China and the world was different at that time.

“I wanted to double up and he wanted to focus more on his domestic Australian assets.”

Macau casinos are experiencing an upturn in fortunes after several years of decline, with recent studies reporting a two per cent rise in gambling activity among local residents.