A casino loves a whale and while high rollers are treated with special bonuses, free gifts, invites to exclusive events, and more to hook them in, sometimes the whale gets away with the bait. Times have changed, and while casinos are going to extreme lengths to hunt their next big whale, nothing seems as risky as it was, with some notable clean ups by the world’s biggest VIP players.

Attracting high rollers to the casino

When gambling used to be a taboo past time, compared to what it is today, casino operators would have to find strategic ways to influence a high roller to attract them to play. Once they got them though, it was said no other casino could poach them – this was frowned upon. 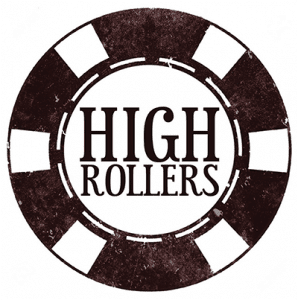 But there was also a lot less competition and education involved in whale hunting, or ‘harpooning’. Competition has come about due to the number of casinos, and in turn whale hunters, and education is a result of the web as high rollers can learn what they can get for visiting a casino.

High rollers used to be attracted by the best seats at a sporting event or an all-expenses paid trip to a luxurious vacation destination. But due to this competition and education, the stakes are higher – though there’s a lot more whales out there since even the entrepreneurial guys of Silicon Valley are enjoying a punt or two.

Just last year the Star Casino in Sydney purchased a $10 million yacht for whales to enjoy their natural habitat – with cocktails and canapes of course. When VIP players do visit the casinos, they’re put up in the penthouse apartment with a personal butler and chuffers for the casino’s Bentleys they get driven around in.

The casinos don’t give all this away for nothing. VIP players come with enough cash to buy these luxuries themselves – but where’s the fun in that? And while nine times out of 10 the casinos do clean up, there has been occasions where whales have come, they’ve played and then they’ve swam away with a win. 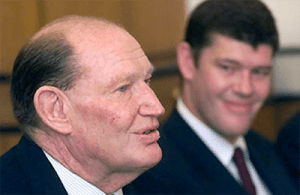 Kerry Packer James Packer takes after his father in business but Kerry Packer will always be the most fearless gamblers in the world. He would often wager millions and reportedly won $USD9 million from the Hilton Las Vegas in 1992, and reports suggests he won upwards of $USD33 million from MGM, playing $USD300,000 per hand.

Akio Kashiwagi Considered to be the biggest gambler in Vegas in the 70’s and 80’s, Kashiwagi was lured in due to his status as a wealthy real-estate developer. Playing hands up to $USD100,000 to $USD200,000 on baccarat tables, he cleaned up at Trump Casino in Atlantic City leaving $6.6 million ahead. Unfortunately, it didn’t end well for Kashiwagi who was found murdered in his Japanese home in 1992 reportedly owing millions to the casino – but still the casino never got it back. 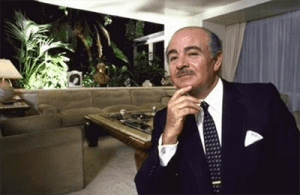 Adnan Khashoggi As a businessman, reportedly with a net worth of up to $USD10 billion in the 1980’s, it is understandable why casinos targeted Khashoggi. He’s a well known VIP player with plenty of bankroll to spend, and famous for some huge wins across many different games. But perhaps this wasn’t such a good idea with the Saudi Arabian cleaning up at the Ritz Casino in London – reportedly winning £3.2 million over 12 visits in the 80’s.

When the casino gets the whale, hook, line and sinker

As we briefly mentioned above, usually the casino comes out on top for luring the whale to their premises. But there’s a few notable losses which explain how the casinos can afford to offer high rollers all the VIP luxuries. 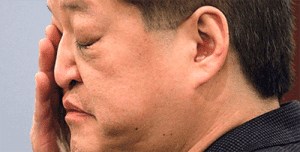 Terrance Watanabe As the son of the founder of Oriental Trading Group, Harry Watanabe, Terrance Watanabe eventually took over and in the 70’s business was booming. He became incredibly successful and a target of casino VIP hunters all around the world. While not yet 100% verified, it has been reported Watanabe lost upwards of $USD220 million over five years at Vegas casinos on everything from blackjack to the slots and even keno.

Zhenli Ye Gon Owner of a chemical company in Mexico, Ye Gon was a person harpooners targeted regularly until he was accused of supplying Mexican drug cartels with chemicals required to make drugs. He lost a lot of money in Vegas – it has been reported he has lost over $100,000,000 to Vegas casinos. Regardless, when his house was raided by police due to the accusations, there was over $207 million in cash found in a room.

Do casinos still have to try hard to attract high rollers?

As gambling has become more accepted worldwide, harpooners don’t have to go to the extremes of coming up with strategies to influence a whale to come to their casino. Instead they must come up with the best possible package due to the competition presented by the volume of casinos now all around the world. 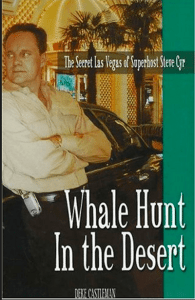 Steve Cyr, author of “Whale Hunt in the Desert” commented on the change in the gaming industry in an interview with The Las Vegas Sun.

“The market has shrunk, but gaming is much more accepted now, and it’s just a cool thing,” he said.

“As far as whales go in value, my job, even in the bad years, hasn’t really slowed down because I don’t have to persuade people to gamble anymore. Just like for the Floyd Mayweather Jr.-Manny Pacquiao fight coming up, they know that they’ve got to fire it up in order to get the perks. It’s the cost of entertainment.”

The problem is, every casino – and there’s so many of them especially in Vegas and Macau – offer the same product. Blackjack, roulette, and baccarat are all available and that’s what the whale wants but as they want to get the best they can go shopping for the best, so hunters must be dynamic in what they offer.

This can include anything from the service they receive in terms of accommodation and its amenities, a VIP host, exclusive events invitations and more. High rollers only want the best and can pick and choose which casino they want – unlike the old days.