The lives of professional gamblers varies greatly from high rolling, larger-than-life characters with women hanging off them to serious, strong-willed geniuses with extraordinary patience and self control to peculiar prodigies who mingle with the underbelly of society and seem to have a penchant for self destruction. 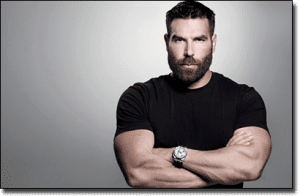 Dan Bilzerian has grown quite a psychotic reputation for himself; no one is quite sure what he’s famous for these days. The truth is before he ever threw a Hustler model off a roof or discovered Instagram, Bilzerian was and is quite a handy poker player.

His best showing at a poker event was coming 180th at the World Series of Poker in 2009. However, Bilzerian claims to have won over $50 million playing poker. Since then he has widened his gambling sphere and gone on to bet famous Supreme Court lawyer and blogger Tom Goldstein $385,000 in a car race. Bilzerian went on to win the race.

Despite only being in his 30’s, Bilzerian has had several heart attacks due to drug and sex benders.

Bilzerian is one of the co-founder’s of online poker room, Victory Poker. He also has a strong presence on Instagram, Twitter and Facebook, regularly uploading photos of himself with beautiful women, in expensive cars or firing massive guns. 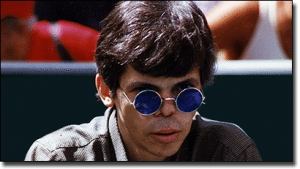 Stu Ungar was the original poker bad boy. Ungar grew up around mob figures in New York, eventually being taken under the wing of reputed gangster and card player Victor Romano, after his father died of a heart attack.

Ungar’s primary passion was Gin Rummy. Romano would provide protection for Ungar while the fiery and arrogant baby-faced card slinger would ply his trade. Ungar eventually became known as the best Gin player in New York.

Ungar then moved into the game that made him world famous: poker. Ungar was so good at card games because he was so naturally intelligent, Ungar was banned from almost every casino in the U.S. because of his natural ability to count cards.

All the winning never seemed to be enough and Ungar didn’t really appear to care all that much about money. Despite his God-given intelligence, Ungar was at heart an addict and gambler and would blow thousands on the horses or sometimes just give money away to strangers.

After a long battle with drug and alcohol addiction Ungar died broke and alone in a hotel room in 1998. 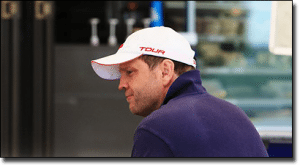 Ranogajec is widely recognised as one of the biggest gamblers in the world. The way he operates tends to be like the gambling world’s version of Keyser Soze: people work for him but they do not know that they work directly for him. It is said that Ranogajec employs up to 300 people in different capacities – analysts, spotters, researchers, tipsters – around the world.

Ranogajec started his illustrious gambling career as a card counter at the Blackjack tables. Given his near genius level IQ, this was no struggle for him. As is often the way with card counters though, Ranogajec found himself banned from several casinos around Australia. Despite this, Ranogajec was inducted in the Blackjack hall of fame in 2011 as one of the best natural advantage players of all time.

Needing to diversify his gambling activities, Ranogajec turned his attention to the horses, sports gambling and even Keno. In 1994 Ranogajec won $7.5 million jackpot on Keno at the North Ryde RSL in Sydney. Admittedly Ranogajec sank more than $7.5 million into Keno that day but with other wins along the way came out ahead.

It is said that Ranogajec alone accounts for between 6-8% of betting company Tabcorp’s national betting turnover: that equates to roughly $600 – $800 million a year. Ranogajec claims to have a yearly international turnover of $1 billion and not many people would dispute that figure.

Since a tussle with the ATO in 2012 after he won roughly $17 million with friends at the Melbourne Cup, Ranogajec has relocated the centre of his activities to the Isle of Man to escape the seemingly relentless eye of the Australian Tax Office. 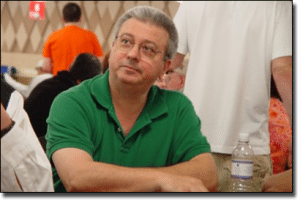 Archie Karas’ is literally a living legend. His ability to squeeze a fortune out of a couple of hundred dollars has gone down in gambling folklore. The legend goes that Karas – whose real name is Anargyros Karabourniotis – had lost all but $50 in 1992. Over the following two years Karas turned that $50 into a fortune of $40 million in what is now referred to simply as “The Run”.

During “The Run”, Karas even managed to roll several big names while playing poker, including Stu Ungar.

In recent times Karas has found himself in a bit of hot water with his name being entered in the infamous “black book” in Nevada, essentially banning him from all casinos in the state. This was the culmination of four convictions for cheating at blackjack since 1988. His most recent conviction coming in 2013. 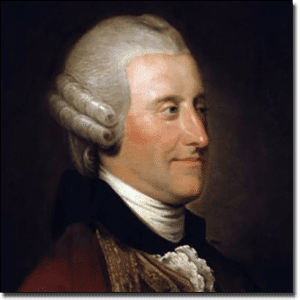 Not really recognised as an astute or effective gambler, but the 4th Earl of Sandwich is credited with being such a degenerate at baccarat that he refused to leave the tables to eat, instead insisting his servants bring him two slices of bread with meat in between them. This revolutionary snacking option became known as a “sandwich” the world over and lunch has never looked the same since.

John Montagu may not have been a great gambler but his contribution to modern society is not easy to overlook.

For more about the not-so-glamarous side of high stakes gambling, read our article about celebrities with gambling addictions.