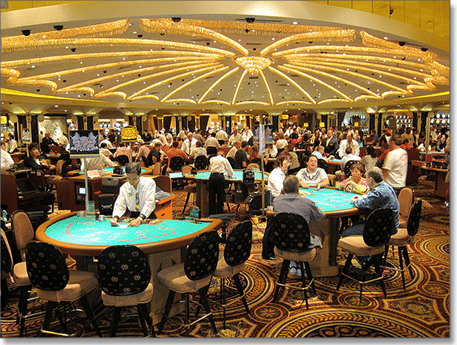 Visiting Las Vegas but heading with someone who could pass as an impersonator of Alan from the Hangover?

We’ve got all the right advice for you to avoid any embarrassing situations and keeping cool at at the Disneyland for Adults, regardless if you are the new player or you’re heading there with one.

Avoid the road trip to Vegas

The first tip we can give is to try and avoid road tripping to Vegas. Remember Alan’s speech where he kicks off with ‘How ‘bout that ride in?’ I guess that’s why they call it Sin City’? We found it funny, while all the characters laughed awkwardly in reference to how awful the ride in actually was (they cut off an 18-wheeler).

But this is something to take seriously as road trips with your gambling companions can be a very bad idea.

Not only does it mean you have to spend more time with them, meaning they are more likely to get on your nerves and make you frustrated – something you never want to be when you hit the tables or the slots in Vegas – but it can also give you more time to talk about how you play the game, such as blackjack, which could end up messing up your strategy.

Try to catch a flight, or ride in solo if you’re companion is notorious for mixing things up and you want to keep your cool before hitting the strip.

While card counting isn’t illegal, we don’t recommend trying it out the first time you visit Vegas, no matter how many times you’re friend says he’s ‘Rain Man’.

Your companion mostly likely just watched the clip below a few times and thought they could pull it off with a suit and some shades, and while it isn’t illegal we guarantee it’ll land you in some hot water if you get caught trying – which you will if you or your friends haven’t even set foot in a land-based venue before.

While Alan might say that ‘counting cards is a foolproof system’ it definitely isn’t.

The best advice we can give you when hitting Vegas is to avoid drinking too much. While it is unlikely you will end up like the gang in The Hangover, unless someone really wants to recreate the exact same night and spikes your drink (perhaps cover your beverage whenever you are around the Alan character of the group), you can play more impulsively with too many drinks under your belt.

You will not only wake up with a headache and no memory of the night before, but you could also end up with no money left at all, something you will need if you want to stay in Vegas for a few nights. We aren’t saying avoid alcohol all together, just don’t get too crazy when hitting the gaming floor, as waking up the next morning won’t be as funny as it is in the movie.

Interestingly, you can dress quite casually (within reason) at Vegas casinos, but we recommend smart casual if you are a newbie and want to be taken seriously. Players with large bankrolls can get away dressing in joggers and track pants, but if you have no idea what you are doing and only have a few hundred to spend, you may not be taken seriously at all – especially at the tables.

There are a few who don extreme casual wear, such as Alan and his man purse, and you will notice just how these players stand out. So while you may want to ‘let the dogs out’, we recommend leaving your satchel at home unless you really need somewhere to keep all your coins from the slots.

Never swear at the tables

If your companions are anything like Alan, then this advice will be easy to adhere to. Regardless if you are playing at the craps table or in the poker room, swearing of any sort is frowned upon.

Alan interestingly hates swearing, so let’s hope your friends do to. Even if you are new to the tables you won’t be forgiven for swearing excessively. Also we recommend clearing up with your friends that offensive language isn’t tolerated at the casinos, before hitting the casino floor, in order to keep things calm.

Try to avoid stealing a tiger

While not so realistic, we still thought we better include this on the list if your friend has picked up an Alan shirt from the airport to wear to the casino.

As much as we all hypothetically want to get punched in the face by Mike Tyson, we’d take the gamble that it would do more than just knock you out, so try to avoid letting your friend venture off to steal a wild animal at any point in the night and your Vegas experience will be void of any embarrassing scenarios.