If you’ve ever gambled at a pub or a land-based casino in Australia, there’s a very good chance you have played an Aristocrat poker machine. But did you know this iconic Aussie brand is responsible for some of the most important technological developments in the worldwide gaming industry?

Aristocrat games are available for a global audience, so if you’re located anywhere other than Australia you may have access to their online slot games depending on the online gambling laws of your country.

Although its lineage dates back to the founding of Ainsworth Consolidated Industries in 1933, Aristocrat’s story started 20 years later when Len Ainsworth took over the company and oversaw the development of Australia’s first poker machines. The brand expanded rapidly after 1956, when New South Wales legalised pokies, and soon came to be recognised as one of the most innovative technology developers on the planet.

Now, more than six decades later, Aristocrat Leisure Limited is one of Australia’s great success stories. It is currently the world’s second largest producer of pokie machines, behind only International Game Technology (IGT), with operations in Europe, the United Kingdom, the United States and Asia. Despite such a global reach, much of the company’s research and development is still carried out at Aristocrat headquarters in North Ryde, Sydney.

Aristocrat has released thousands of innovative gaming machines and online pokies over the last six decades. Here are but a few of the most popular titles available at land-based Australian casinos and gaming venues all over the world.

5 Dragons Gold
The big drawcard of the 5 Dragons pokies games is Aristocrat’s innovative Reel Power feature, which allows players to buy extra reels instead of standard paylines. There are bonuses aplenty to be found here, including a rising multiplier that can increase wins by up to 40 times their initial value. 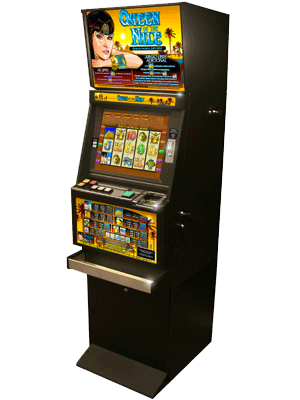 Queen of the Nile
First released in 1997 as Golden Pyramids, the Queen of the Nile pokies have inspired many a title since (Microgaming’s Egyptian-themed Treasure Nile and Mega Moolah Isis progressive jackpot games spring to mind). Players can choose from three, nine, or 20 paylines with up to five video reels and a scatter bonus that unlocks 15 free spins.

50 Lions
The selling point for the 50 Lions pokie machine is all in the name. It was the first pokie to feature 50 bet lines, made possible by a 5 x 4 reel layout that increases the number of active symbols from 15 to 20. It also features stacked symbols that can fill up every position on the reel.

Lucky 88
If you like win multipliers, the 25-line Lucky 88 pokie machine is a must-try. The special scatter symbols open up the free spins round, where you can multiply payouts by up to 88 times. There is also a random bonus game with instant wins and other rewards up for grabs.

More Chilli – You would be hard pressed to find an Australian pokies pub that doesn’t have at least one More Chilli machine in play. Launched in 2007 as part of the Aristocrat MKVI Gen 7 series, it comes loaded with the Power Pay betting system and a free spins bonus where you can win extra reels and locked wild symbols.

Mr. Cashman
A mainstay at pubs, clubs and casinos around the world, the Mr. Cashman pokies series has become synonymous with the Aristocrat brand. Recent incarnations of the game feature 20 bet lines with free spins, instant cash prizes and a unique side bet where you can unlock one of five random bonus games.

Aristocrat has played a huge role in the evolution of Australian pokies games. The timeline below shows how the Sydney-based company rose from relative obscurity to become one of the world’s most important and influential gaming brands. 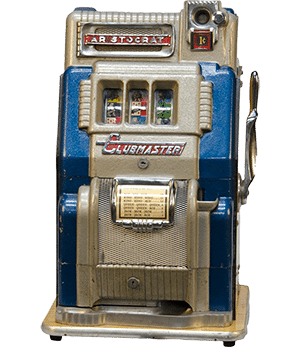 Where to play Aristocrat pokies online for real money

Aristocrat has adapted many of its most famous pokies game for the online gambling market. However, there are currently very few reputable casino sites that offer Aristocrat slots for AUD play. This is down to licensing restrictions and Australian gambling law, which prohibits Australian-based gaming operators from offering interactive casino games and pokies to Aussie citizens.

But while it might be hard to find Aristocrat classics like Big Red, Buffalo and Wolf Moon on the Net, you can enjoy hundreds of Australian-style pokies games online at our approved real money casino sites. These trusted operators boast some of the most advanced pokies titles in existence, sourced from trend-setting software developers such as BetSoft Gaming, Microgaming, NetEnt, Play’n Go, Quickfire and many more. Most importantly, these pokies sites all accept Australian players and are properly regulated by recognised gambling authorities in international jurisdictions such as Curacao, Gibraltar, Malta and the UK.