This article focuses on some of the Australian political figureheads who have made sure their their voices have been heard in the ongoing debate about gambling in Australia, including their stances on online casinos and betting on mobile phones and tablets.

Gambling in Australia has long been a contentious issue for the country’s politicians and public citizens – the public enjoy (and often suffer from) the gambling/betting services provided by gaming operators, the gaming operators and government enjoy the profits and tax revenue from the nation’s gambling practices, while the well being and problem gambling habits of the Australian people remains at different levels of importance to the legislators overseeing gaming rules and regulations, as well as independent politicians and activists.

While all the above takes place, we note providing gambling services is a regulated and legal industry in Australia, and we live in a free market/capitalist society where organisations can work to obtain licenses to offer people such amenities – services not forced upon the individual, and services that simply ask whether the individual wishes to risk money for the potential of more money in return.

Nick Xenophon is an Australian senator for South Australia and is the leader of the Nick Xenophon Team (NXT) political party in the Senate. He completed a Bachelor of Laws in 1981 and went on to become the president of his own law firm, Xenophon & Co. Lawyers. 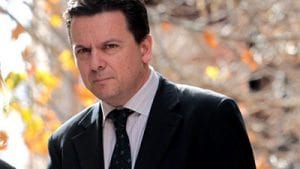 In 1993, when legislation was passed in South Australia by the Bannon Labor government to oversee the introduction of pokies machines (the pokies), an increased incidence of problem gambling came to Xenophon’s attention in his legal practice at the time. This led to Xenophon’s heightened interest in politics and to campaign against the proliferation of gambling services and for far tighter gaming regulations.

In 2007, he retired from the South Australian Legislative Council to declare he would attempt to enter the Australian Senate at the 2007 federal election, as an independent senator. He successfully did so, ultimately sharing a balance of power in the Senate with the Australian Greens Party and the Family First Party.

Xenophon’s critical stance against the the proliferation of pokies was bolstered by the support of Andrew Wilkie – an independent member for Denison who was elected to the lower house during the 2010 federal election.

Both men joined forces to successfully get the Julia Gillard-led government to legislate for ‘mandatory pre-commitment technology’ across all pokies machines – legislation that would make it compulsory for punters that would use high maximum betting pokies to commit to how much they were willing to spend on the machine, before playing. Legislation to introduce a $1 maximum betting limit per spin across pokies machines was also put forward.

He has also put forward legislation to prohibit the broadcasting of any form of gambling advertising during G-rated programs or sports broadcasts, legislation to ban what is known as ‘micro betting’ (for example, ball by ball bets in cricket), which he has argued increases the potential for betting corruption, and further restrictions for real money online gambling.

Such legislation has not yet been passed, but Xenophon remains an outspoken politician for heavy gambling reform in Australia.

Andrew Wilkie is an Australian politician and independent federal member for Denison. Wilkie was also formerly an army officer and an intelligence analyst.

He began his political career in 2003 when he ran for Parliament against John Howard, as the Green’s Party candidate in 2004, without success. He remained a Greens Party candidate for the federal Division of Bennelong following the election, and also for the Senate in Tasmania in the 2007 federal election. 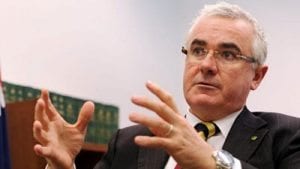 In 2010, he then ran as an independent candidate for the state seat of Denison in the Tasmania election, but lost. That same year, in the Australian election, Wilkie ran again for the federal seat of Denison and won, and has since retained his seat (while also increasing his winning margin).

He began campaigning for gambling reform following the 2010 federal election, backing the then in power Australian Labor Party in exchange for a commitment to work towards reducing problem gambling.

He pushed for Labor to introduce the ‘mandatory pre-commitment technology’ across all pokies machines and the $1 betting limit, described above, forming those close ties with Xenophon in their fight against pokies machines.

While Labor initially showed its support for the reforms, the party eventually shifted away from the proposals when its strength in parliament increased.

Both Wilkie’s and Xenophon’s plan have come under sustained attacks from clubs, hotels and other businesses that benefit financially from pokies machines.

The Julia Gillard, Kevin Rudd, Tony Abbott and now the Malcolm Turnbull government have all faced strong cases from Wilkie and Xenophon to better regulate pokies and gambling in Australia, with the two of them pointing to statistics that suggest 12 billion dollars a year is lost on the pokies, and that 100,000 Australians are problem gamblers, with an additional 200,000 people at risk of developing serious addictions.

The current state of gambling in Australia

But measures, however effective they will be in their attempts to curb problem gambling, are still trying to be implemented by brave souls attempting to take on the gaming lobby and the interests of state, territory and federal governments:

Victorian pokies machines are trialling the system of providing punters with an option to use what is being called ‘voluntary pre-commitment technology’, while the bill in the Victorian parliament to introduce the max bet of $1 per spin for the state’s tens of thousands pokies machines is continuing to be pushed by the Greens.