Bitcoin Cash, or BCH, is a new online payment method which can be found at online gambling sites, including Bovada. Developed in August 2017, the digital currency is a fork of the popular cryptocurrency bitcoin; however, it is larger in block size so it can offer quicker transactions and less transaction fees.

We take a look at what BCH is, and where you can use it to gamble online.

What is Bitcoin Cash? 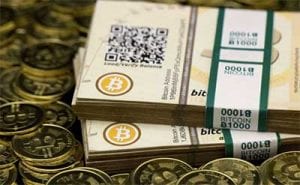 BCH is a fork of bitcoin, which is a cryptocurrency developed by Satoshi Nakamoto. It was created after the bitcoin community sought a solution to scale the network. The amount of people using standard bitcoin, or BTC, slowed the network down and users were waiting long periods of time before transactions were approved.

One solution to help compensate the overwhelmed network was to increase the size of the blocks in the blockchain. Another solution suggested restructuring data organisation and storage in the blocks.

One group, consisting of bitcoin miners and businesses, liked the idea of increasing the block size. However, they didn’t get the support they needed from the bitcoin community to make it the main solution. The group decided to hard fork from the original bitcoin blockchain, which is how Bitcoin Cash became a new currency.

Bitcoin Cash transactions began on a new blockchain on August 1, 2017, while bitcoin remains on the original blockchain following the BIP 148 split.

What’s the difference between BCH and BTC

These traits are ideal in the gambling world. Deposit waiting times are slashed and transaction fees eliminated without compromising the anonymity that bitcoin deposits and withdrawals offer.

BCH is becoming incredibly popular among miners as it is a lot easier to mine than bitcoin. Miners are making larger profits at a faster rate than they would mining BTC, which is increasing the newer currency’s popularity.

Due to its desirable characteristics, the value of BCH has also increased and it has even knocked the second-most popular cryptocurrency, Ethereum, into third place. 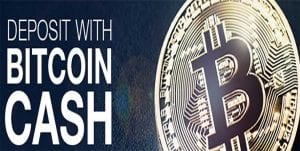 Bovada online casino is a popular gambling site catering to the North American market. It accepts US players and offers a solid online gambling catalogue. Bovada only has a few payment options, including bitcoin and credit cards. However, in October 2017 it added BCH as an available casino deposit option.

At the time of writing, Bitcoin Cash is not available to make online casino withdrawals. That may change in the future, but you can make withdrawals using BTC or Check by Courier for the time being. You can also find out more by reading our Bovada online casino review here.

How to deposit with Bitcoin Cash at Bovada online casino

While making a deposit isn’t too difficult at Bovada Casino, there are a few conditions you are required to meet when funding an account with Bitcoin Cash.

First, you can only make a deposit between 9am and 4:30pm EST on Monday to Friday.

Second, you need to call the team at Bovada to make a deposit when using BCH. Contact customer service on 1 888 263 0000 to initiate the transaction. While calling can be a bit of a pain, it can also be a bonus since the staff can walk you through the process and answer any questions you may have.

Once you have followed the prompts, the funds will appear in your account in USD and you will be able to play your favourite real money casino games, or have a bet at the sportsbook.

While BCH withdrawals aren’t available, it is likely to be an option in the future. When bitcoin was first added to the online casino, it was only available as a deposit method and then eventually withdrawing using BTC became an option. You can still use BTC to make a deposit and a withdrawal, and you can claim a $5000 bitcoin welcome bonus available to new players too.

How to get BCH to play real money casino games

Gambling with BCH is ideal, as we mentioned above, due to its ability to speed up the time it takes for funds to show up in your account over standard BTC. We recommend looking into the payment method if you can play at Bovada, and when it becomes more widely available.

If you have bitcoin, then you have a bitcoin wallet and the same private keys can be used to access the Bitcoin Cash. You may need a tool which extracts the BCH, which BTC.com offers, if your wallet doesn’t support the split. You can then use your coins to deposit at Bovada or another online casino accepting the payment method.

You can also buy Bitcoin Cash from an exchange and while you won’t find it at as many exchanges as you can bitcoin, there are several which offer the new currency. You will need a wallet which supports bitcoin cash too, with many, including BTC.com, accepting both cryptocurrencies.

Once you have BCH and it is in your wallet, you can make a deposit to play real money blackjack and other casino games online.

Bovada does not charge you any fees for making a deposit with BCH but there are always fees attached to processing cryptocurrency transactions. The good thing about BCH is the transaction fees are lower. The fees do fluctuate so it may be a good idea to check out a BCH fee chart before depositing.