Lockout laws may have stifled Sydney’s once-dazzling nightlife, but there remain plenty of lively venues for pokies players in the CBD and beyond. We’ll show you where to find the best pokies games in and around Australia’s most populous, most famous and most spectacular city.

New South Wales is the undisputed epicentre of real money gambling in Australia. It hosted the nation’s first official horse race (1810) and lottery draw (1881), while registered clubs in NSW have operated poker machines since 1956.

Nowadays, it is estimated that nearly 10 per cent of all the world’s pokies reside in New South Wales. Reports published in 2014 put the total number of active slot machines at around 95,800 – a tally bettered only by the US state of Nevada (181,109).

All licensed pokies venues in NSW are regulated by the Office of Liquor, Gaming and Racing (OLGR) – the government body responsible for overseeing all wagering activity within the state. Legislation that applies specifically to interactive poker machines include the Registered Clubs Act 1976, Casino Control Act 1992, Unlawful Gambling Act 1998, Gaming Machine Act 2001 and the Gaming Machine Tax Act 2001.

Poker machines at The Star Sydney

Opened in 1997 as Star City Casino, The Star is Sydney’s premier gambling destination. The Pyrmont complex offers a wide array of high-class gaming, dining and entertainment options for locals and visitors alike, all topped off with stunning views of Darling Harbour. It is Australia’s second largest land-based gaming venue, behind Crown Casino in Melbourne, and the only place in Sydney with full exemption from the city’s 1:30am lockout laws.

The Star is licensed to operate 1500 electronic gaming machines, the vast majority of which are pokies. Most of these are five-reel video pokies from leading manufacturers such as Aristocrat, IGT and Konami, although classic Vegas slots with three reels and decorative levers may still be found. Other electronic games at The Star include video bingo, video keno and Rapid Roulette. Consider joining the The Star Club loyalty program if you’re a VIP or high roller.

Sydney CBD pokies pubs are among the only licensed venues with partial exemption from lockout laws. That status comes at a price, however, as exempt operators aren’t allowed to serve alcohol at all after 1:30am.

If you like a late-night drink while you play the pokies, The Star is the only place in town. If that’s not an issue, however, there are dozens of pokies clubs, pubs and hotels open from early till late seven days a week. Below are just a few of the most popular pokies gaming venues in Sydney city and the surrounding suburbs.

There are endless reasons to give up on traditional Australian pokie clubs and start playing online instead. For one, you don’t have to go anywhere – sit back at home, fire up your laptop and play away. For another, you won’t get hassled by the Nanny State if you decide to pour yourself a drink after midnight. If you like to play on the go, there are hundreds of real money mobile pokies available for instant browser play on iPhone, iPad, Android, and most other smartphone and tablet systems.

For the legal side of things, you can read more about NSW’s online gambling laws here. 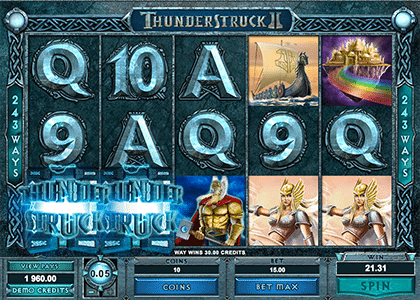 In our view, however, the best reason to play online pokies is that they offer both better value and better quality than standard land-based slots. In NSW, the average return to player (RTP) is about 90 per cent, with a minimum legal requisite of only 85 per cent. By comparison, a run-of-the-mill internet pokie pays at over 95 per cent. Online slot games also offer greater diversity and entertainment with stunning graphics, highly engaging themes, rich bonus features and some of the world’s biggest progressive pokies jackpots.

We only recommend fully licensed, 100 per cent legal online casinos that accept Australian dollars and run bank-standard SSL (Secure Socket Layer) digital encryptions to keep your cash and details safe. Three of the very best are:

G’Day Casino – One of few online operators to offer an unlimited welcome bonus, this true-blue Aussie casino carries hundreds of pokies and progressives from top software providers like Betsoft, NetEnt and Play’n Go.

Slots Million – For sheer scope, no pokies site can match SlotsMillion.com’s collection of over 1500 real money games for instant play on Chrome, Firefox, Safari, or any other Flash-enabled web browser.