Flux and Arcader are the two fresh slot titles, and both allow players to take a trip down memory lane to times when arcade games were smooth, simple and uncomplicated.

And while the games pay tribute to the ‘golden age of arcade video games’ which spawned classics such as Space Invaders, Asteroids and Defender, Thunderkick has made sure the games showcase the best in online gambling quality, producing top-notch graphics and an overall great gaming experience, packed with features such as bonus rounds, free spins and all sorts of wilds. 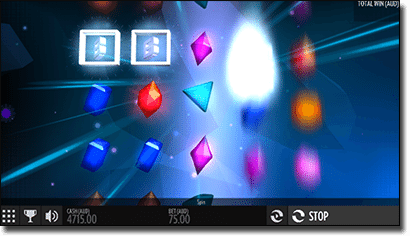 A five-reel and 15 payline video space-themed slot, Thunderkick’s Flux pokies game seems to have drawn inspiration from the highly popular Starburst pokies game by Net Entertainment, along with the ‘space and time craze’ seen in popular culture in recent times, with movies such as Gravity, Interstellar and Tomorrowland.

Designed with the latest graphics and featuring a smooth backing track and sound effects, Flux features wild symbols, scatter symbols, a bonus game, free spins and much more. Bet as little as $0.10 up to as much as $100.00 per spin, and enjoy the vivid colours and complete interactive experience. 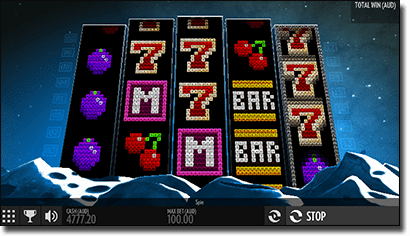 Another five-reel and 15 payline video space-themed slot, Thunderkick has produced a retro-style pokies game which pays homage to a bygone era, while at the same time offering tremendous 3D graphics and visuals, compelling music and sounds effects and a classic voice-over for big wins.

Featuring a wild expander which turns all symbols across the reels into the highest paying symbol, a mystery bonus round where players pick hidden prizes and can multiply their winnings up to 100, and a free spins round with sticky wilds, Arcader boasts a per spin betting limit ranging from $0.10 to $100.00.

The team is driven by a passion in developing popular and enjoyable video slots, and always puts more emphasis on quality over quantity.

As stated on its website, “Thunderkick wants to contribute to a change in the gaming industry by enhancing the overall user experience of an online casino.”

Both of its most recent titles, Flux and Arcader, are built using Thunderkick’s three-dimensional animation engine, which powers the games’ high-quality graphics and visuals.

Where to play Thunderkick casino games

Flux, Arcader and a host of other great titles produced by Thunderkick such as Magicious and Esqueleto Explosivo, are available to play at the following Internet casinos, which both own fully-fledged mobile and tablet sites where games can be played instantly, without requiring any installations:

These online and mobile casinos cater for the Australian dollar, are licensed and registered by their jurisdiction’s gaming authority, and are audited on a consistent basis by independent gaming regulatory bodies concerned with game fairness, player protection and proper operator conduct.