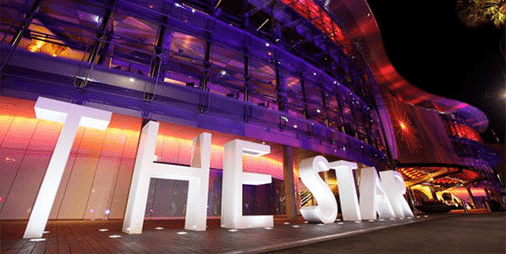 The Star is poised for a $500 million upgrade that will include a new six-star hotel, luxury apartments and an expanded restaurant precinct.

The Pyrmont casino complex is already in the midst of significant renovations as operators prepare for competition from James Packer’s Crown Sydney project at Barangaroo, which is scheduled to open in 2020.

The existing rooms at the Astral and Residences have had a makeover, as have a number of the casino’s lobbies and VIP spaces.

The new 220-room hotel, which will be operated as a Ritz-Carlton, will take Star Sydney’s accommodation options to more than 1000 rooms and suites.

The project will help meet the New South Wales capital’s growing demand for upscale hotel lodgings, which is set to boom with the December 2016 opening of the International Convention Centre at Darling Harbour.

“Our development concept will take The Star’s room inventory to more than 1000, bring The Ritz-Carlton brand back to Sydney, and add a further 20 food and beverage venues,” said Matt Bekier, managing director of the Star Entertainment Group.

Also on board is the executive director of the Sydney Business Chamber, Patricia Forsythe.

“This will be outstanding for Sydney and will be a much-needed second six-star hotel for the city,” Ms. Forsythe said, adding that such renovations would help attract VIP business from China and south-east Asia.

“We are a service city and tourists make a choice on quality and The Star is meeting this market with the proposed development.”

The rejuvenation of its Sydney casino isn’t the only major project in action for the Star Entertainment Group, which is currently undertaking $345m in upgrades to Jupiters Casino and Hotel on the Gold Coast.

A joint investigation by the US Internal Revenue Service and the Australian Federal Police has alleged that Dan Bai Shun Jin, a suspected money launderer, turned over more than AUD $850 million in wagers at Melbourne’s Crown Casino between 2008 and 2013.

The news comes after Mr. Jin’s wife, Hongjie Ma, was denied access to the couple’s US $1.7 million San Francisco Bay home, which is currently held by authorities as part of the ongoing criminal case.

The Victorian Supreme Court denied Ma’s recent appeal to have the restraining order overturned, agreeing with AFP’s conclusions that there was a very real chance the property was purchased with laundered money.

“The evidence of Hongjie Ma and her witnesses all supported the fact that Jin is a big gambler, but no comment was made or explanation given as to how he is able to fund his very high-stakes gambling,” Judge John Dixon wrote.

Senator Nick Xenophon has cited Mr. Jin’s alleged wrongdoings as but one example of what he believes is a systemic and unchecked money laundering epidemic within Australian gaming venues.

“If you’ve just done a crystal meth deal, you could launder proceeds of that through the pokies, because the reporting requirements are so anaemic.

“It’s about the casinos and pokies being used to provide a high-speed washing and drying service.”

Costing US $2.7 billion, the integrated casino resort features more than 3000 hotel rooms, hundreds of shops and restaurants, a 1200-seat theatre and a half-scale replica of the Eiffel Tower.

Like Wynn Palace, Studio City and most of the new projects on the Cotai Strip, the Sands China development takes the emphasis off VIP gaming in favour of a more family-friendly experience.

The 13, which is scheduled to open next month as the world’s most expensive hotel resort, will not feature any casino gambling facilities.

That trend stems from China’s recent crackdown on corruption and irresponsible spending in the Special Administrative Region, which has suffered economic stagnation since overtaking Las Vegas as the world gambling capital in 2007.

Signs are improving after Macau recorded a rise in gaming profits (1.1 per cent) for the first time since 2014, and experts are hopeful that the new wave of casino resorts will add much-needed diversity to the region’s economy.