Rival Powered real money slots, progressive jackpot slots, table games and video poker titles can be found at many of the world’s leading online casinos. We will take you through the range and show you which leading gambling sites run Rival gaming software for instant-play via Chrome, Firefox and Safari.

Rival has developed video slots, casino games and software interfaces for online gambling operators since 2006. The company has grown over the last decade to become one of the iGaming industry’s premier developers, with more than 160 unique titles for desktop and mobile play.

There are now many dozens of licensed and secure Rival Powered casinos in markets all over the globe. Among the most prominent of those is SlotsMillion.com – one of the world’s best online slot sites.

The bulk of Rival’s excellent reputation stems from its collection of real cash slots and progressive slots. The firm has released more than 120 of these at the time of writing, with new titles in the works every month.

All of these games are available for instant-play directly over your Web browser at Slots Million: 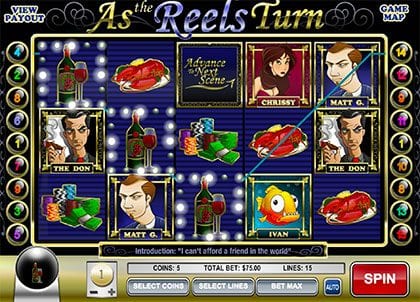 Many of the most popular titles in Rival’s online slot catalogue belong to the iSlots series – an innovative collection of original story-based games. Plots thicken and unravel as you play, while new features and visual themes appear the further you progress through the storylines. Top iSlots titles include As the Reels Turn, Cosmic Quest and Reel Crime, all three of which come with multiple ‘episodes’.

Progressive jackpot slots
A number of the slot games listed above feature on the Rival Powered progressive jackpot network. While it isn’t quite as large or far-reaching as those offered by Microgaming and Net Entertainment, top prizes on real money jackpot slots such as Major Moolah, Money Magic and Strike Gold often rise into the high six figures.

For those who prefer cards over the slots, Rival has released a fine selection of online video poker games. These are simple, no-nonsense affairs that feature authentic rules and the high returns that make real money video poker such an attractive option to value-hunting punters worldwide.

While Rival specialises in online gaming machines, it has also crafted a number of quality table games for real money betting with real money. These include:

Those who enjoy a more casual style of gaming can pick from several online bingo and keno varieties, as well as instant win games such as Cavalier Cash, Gunslinger’s Gold and Pirate’s Pillage. There is even a version of real money sudoku – a rare treat for fans of skill-based puzzle games.

SlotsMillion.com is our top choice for online slot players. It deals exclusively in video slot games, with more than 1,700 titles available for real cash betting. That includes more than 100 slot games from Rival, all of which are optimised for instant browser play on PC and Mac. A number of those titles also feature in the Slots Million mobile casino for iPhone, iPad, Android, and most other smartphone and tablet devices.

Our readers can unlock free spins, bonus cash and many more online casino rewards by following any of the SlotsMillion.com links on this page and signing up for a real money account. New players who join today can score a double deposit bonus up to $100 and 100 free spins on some of the world’s most popular online slot games.