Playing online slots not only brings the benefit of being able to play from home or on the go when using a mobile device, but there are also multiple game features unique to Internet slot games. These bonus features add a great entertainment factor to game play while also bringing more chances to win more money, more often. This article will take a look at some of the best features you can find from online slots. 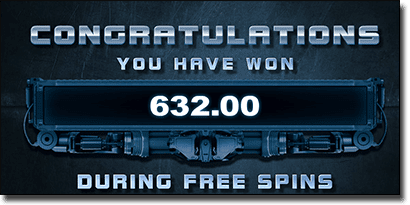 Almost every popular slot game you’ll find at reputable online casinos comes with the chance to activate free spins. How free spins are triggered varies from game to game, but generally the appearance of certain scatter symbols landing across nominated paylines will award you with a certain amount of free spins.

Free spins are exactly as the name suggests – spins with the chance to win real money without having to place a monetary wager. Some free spin rounds come with added benefits, like all wins during free spins multiplied by a specified amount. This slot game feature has the chance to be incredibly lucrative without making a dent in your bankroll.

A wild symbol in a slot game can be used to substitute any other symbol (except sometimes the games scatter or bonus symbol) in order to form a winning combination, making the wild one of the most potentially lucrative symbols within a game. Wild symbols aren’t exclusive to online slots, but online games do have different wilds you won’t normally find on a real life slot machine including:

Wild multipliers – in some games, the appearance of a wild symbol on a winning payline will also bring you a multiplier, usually 2X your current bet but can go much higher, doubling, tripling or even quadrupling your winnings in one hit. 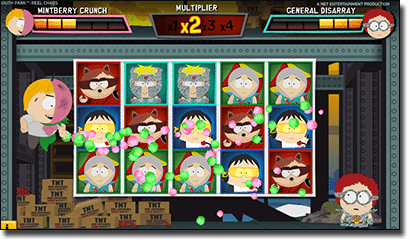 Expanding wilds – expanding wilds have the power to expand across the reels, growing to cover the entire reel, forcing all other symbols out of its way.

Cascading wilds – games with cascading wild features allow the reels to be replaced with new symbols once the winning combination has been paid out, meaning you can win multiple times from one spin.

Sticky wilds – a sticky wild literally sticks around for a certain amount of time, holding the wild symbol in place during a designated amount of spins. Sticky wilds are often introduced during free spin rounds, where the appearance of any wild symbol will remain in place for the duration of the free spins.

Stacked wilds – stacked wilds are wild symbols grouped together consecutively across the reels.

Wild symbols can be made of virtually anything; to find out what the wild symbol is within an online slot game just refer to the games pay chart which will not only identify the wild and scatter symbols but will let you know the rules for each.

While slot machines found in land based casinos often don’t extend any bonus round beyond the gamble feature, advancements implemented by gaming software developer’s means many online slots come with fun built in bonus rounds and mini games, unique to each title.

If a game is called a 243 way, 1024 way or 3125 way slot, it is referring to the amount of ways a win can appear. Not too long ago, 243 way slots revolutionised the online slot machine industry, but since then games with literally thousands of potential winning combinations have become available.

These games allow punters to play every possible payline anywhere across the reels rather than being restricted to a certain fixed line, meaning there are far more chance to win from each spin. Playing slots online allows you to be selective about choosing games with your desired amount of ways to win.

Where to play online slot games with best features

The following casino sites we recommend based on the diversity of their slot game software, with the sites hosting games from a number of high-quality developers, both popular and niche, such as Microgaming, NetEnt, BetSoft, iSoftBet, Thunderkick, Rabcat and more: