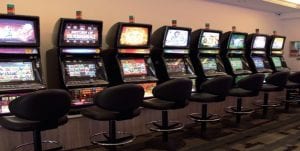 Under the new regulations, clubs in Singapore will be permitted to operate jackpot gaming machines provided they offer at least two other facilities, like karaoke or a swimming pool, to ensure the gaming machines aren’t the sole focus of the club’s operations.

The new regulations will require clubs to be investigated by an official appointed by the MHA, who will determine whether gaming machines make up only a small portion of the club’s recreational and social offering. Clubs will no longer be able to advertise or promote the gaming machines on their premises, online or using any other media outlet.

The minimum age to enter the jackpot rooms will also increase from 18 to 21, and punters will only be allowed to enter gaming rooms if they hold the minimum of a 12-month membership with the club. Guests will no longer be permitted to enter, and the gaming room hours of operation will be restricted to between 10am and 11pm.

All clubs offering gaming machines will be required to offer self-exclusion policies, allowing self-identified problem gamblers to ban themselves from entering gaming rooms. Players will no longer have access to ATMs, EFTPOS systems or credit card facilities.

The new regulations will be implemented over the next two years, with Home Affairs Minister K Shanmugam expecting the number of jackpot gaming machines to reduce by a third.

Mr Shanmugam told reporters, “Our sense is that some (operators) sort of pay lip service to the need to provide other services and focus on the jackpot machines as their primary objective. That, we cannot allow.”

The need to tighten the rules for gaming venues came after the Tiong Bahru Football Club reported $36.8 million in earnings in 2016 from its gaming machines – more than the entire annual budget for the Football Association of Singapore. Upon further investigation, several other clubs, including Sanjong Pagar United and Gombak United, were revealed as not having played in the S-League for several years, despite continuing to offer jackpot gaming machines.

The restrictions aim to minimise harm caused by problem gambling, and any club owner found to be in breach of the new regulations could face penalties under the Private Lotteries Act. A number of Singapore’s private clubs have already volunteered to adapt to the scheme.