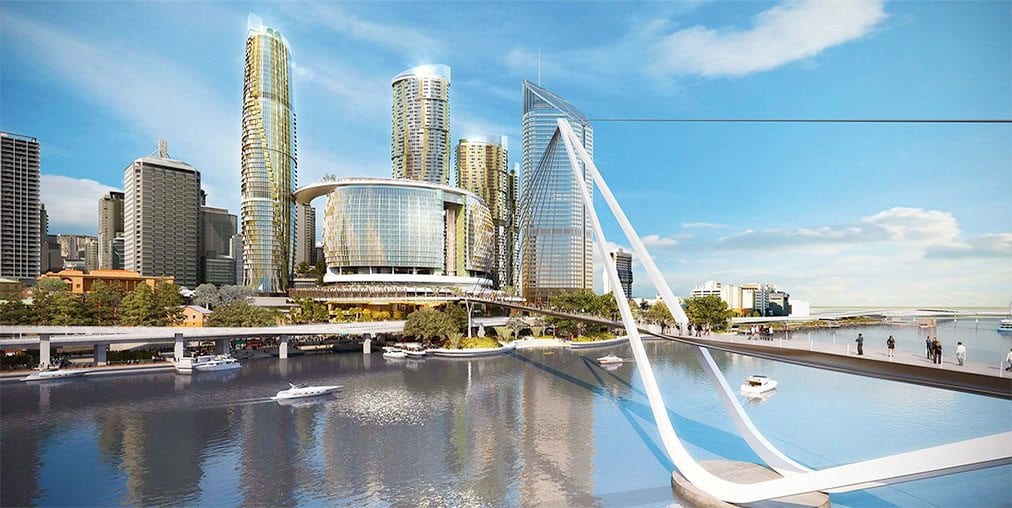 Anti-gaming activists and club owners alike have decried the Queensland government’s decision not to cap the number of traditional and electronic table games allowed at Brisbane’s new casino resort.

Work on the $2 billion project will commence later this month after the site at Queen’s Wharf was officially bequeathed to the Destination Brisbane Consortium for development.

The casino is scheduled to open in 2022, from which point it will have the freedom to operate an unlimited amount of gaming tables.

That deal also encompasses digital betting interfaces that allow players to wager on real-time tables and automated versions of popular games such as baccarat, blackjack and roulette.

Reverend Tim Costello of the Australian Churches Gambling Taskforce this week voiced strong opposition to electronic terminals, comparing them to both poker machines and hard drugs.

“Like pokies, these are the crack cocaine of gambling,” he said.

“Terminals are the next ­generation of pokies.”

Costello is not alone in his concern over the allegedly addictive effects of electronic gaming terminals.

His close ally, Senator Nick Xenophon, even went so far as to claim they could have a lasting impact on the Australian economy.

“There doesn’t appear to have been any assessment on what it will mean for gambling addict­ion,” he said.

“It seems that the whole process lacks clarity and transparency.

“There has been no real consideration of the public interest and despite the promise it is for high rollers, the reality is it will suck money out of the whole economy and suck money from small and medium businesses, ­especially retail and hospitality.”

Meanwhile, Clubs Queensland is concerned that a new mega-casino in the state’s capital will draw business away from local pokies venues.

Queensland is home to more casinos than any other state or territory in Australia.

They are the Treasury (soon to be replaced by Queen’s Wharf), Jupiters on the Gold Coast, The Reef in Cairns and The Ville in Townsville.

That tally could rise to five after the ASF Consortium last month revealed plans for a $3bn integrated casino resort in Broadbeach.