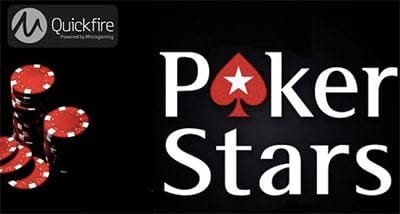 The Advertising Standards Authority (ASA) in Isle of Man has proven to a poker firm that bluffing does not always pay. ASA banned the airing of a TV advert that is deemed “socially irresponsible” and misrepresentative of the risks associated with poker games.

Produced by Stars Interactive Ltd trading as Pokerstars, the TV ad depicts that inexperienced poker players could win big by bluffing their way through.

In the poker advert, a man is showed playing a poker game with friends at home. No cash was visible in the ad. But ASA found the accompanying voice-over offensive.

“Here you are, the moment when bluffing is the only way to win, you’re freaking out kiddo, but think about all those times you bluffed yourself,” the voice-over said.

“Like the pull-up bar waiting for you to get back in-shape, that book you’re definitely going to read, your parents never ever had sex. Use that talent because if you can bluff yourself, you can bluff anyone. Pokerstars, you’re already a great poker player.”

Aired on TV screens in October 2017, ASA has ordered the ad to be discontinued and replaced with a new or modified version.

“We considered the ad would be interpreted by viewers to mean that they could make large winnings by making big ‘all in’ bluffs based solely on their experience of bluffing in real life without any experience of playing poker,” ASA wrote in a statement.

“We considered that the ad suggested that players could excel at poker without any previous experience of the game. This, therefore, portrayed gambling behaviour that was socially irresponsible.”

In their defense, Stars Interactive Ltd said there was no way the TV ad could have been reckless or socially irresponsible.

They insist there was no reference to or suggestion that money would be won when the game of poker is played.

They said the word “bluffing” used in the voice-over refered only to the hand of the player, and that chips shown in the ad did not represent money but only indicated the progress of the poker players in the game.

According to Stars, people usually use bluffing in poker, card and board games and this is a skill developed by potential players before they even come to the games.

The online gaming giant emphasized that bluffing in the context of gaming means that a skilled player is making a calculated and skilled decision that could mean defeating an opponent.

Although Pokerstars has issued a defense of the prohibited poker TV ad, it is not known if they are going to appeal ASA’s decision. The advertising watchdog has made it clear that the interpretative context of the TV ad breaches advertising codes in the Isle of Man.