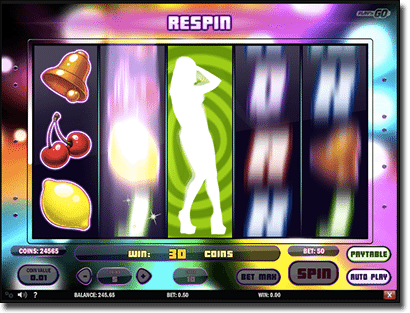 Guts Casino has a new addition to their pokies catalogue and to celebrate they’re offering their players the chance to win a cruise, or the latest Apple gadgets.

Spin Party by Play’n Go has hit Guts, and the team are giving you the chance to spin the reels all the while going in the running to win a trip of a lifetime or the latest Apple devices.

All you have to do is sign up at Guts.com if you haven’t already, log in, and wager at least $30 on Spin Party up until August 30 to earn a ticket into the draw to win the cruise prize package. Obviously the more you play, the more tickets you will receive.

The draw for the cruise will take place on September 1 and the lucky winner will receive the following prize package for two:

*The flight to Miami will depart from either Stockholm or Copenhagen from December 2015, to March 2016. Play’n Go may accommodate the winner if they are unable to fly from here.

Additionally, wager $75 on Spin Party and you will go into the weekly draw to win an Apple iPad Mini. You can only receive one ticket per week, so everyone has the same chance of winning one of three iPad Minis. The promotional periods are as follows;

But that’s not all; if you are the player who triggers the most Win Spin Features on Spin Party from now until August 30, you will win an iMac, with the runner up receiving up an iPhone 6, and the second runner up receiving and iPad Mini 2. The winners will be announced on September 1.

Note: Guts operates on Central European Time so be sure to look up the time differences so you don’t miss out on any of the promotions.

Spin Party is a new release from mobile slot specialists, Play’n Go and features a classic slot, with lemons, cherries, and even the ‘bar’ symbol, as well as a modern party theme. It actually reminds us of those dance machines they have at Timezone, especially with the soundtrack.

The Win Spin feature is a unique addition and works when two Wild symbols (dancing silhouette symbol) appear anywhere and expand. Here, you will receive five free spins with every free spin offering a guaranteed win. You can trigger more free spins here too by spinning a Wild symbol.

Additionally, every time a Wild symbol appears on the middle three reels you will receive an Expanding Wild and a free re-spin.

Spin Party is a funky classic with a modern spin, and if you want to try it we recommend depositing the minimum amount so you can participate in the above draws for your chance to win some amazing prizes.