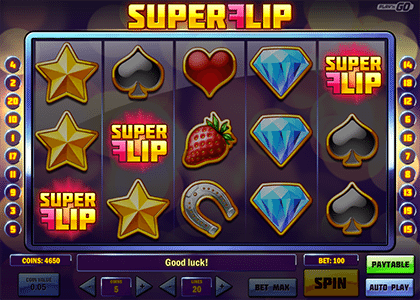 Australian pokies players have another new title to enjoy this September with the release of Super Flip, which went live at leading instant play casinos last week.

Chief among these is a scatter-triggered free spins round in which the layout is reversed so that the highest-paying symbols are stacked on reels one and two.

There is also a respin feature which activates when no win is achieved despite every space on the first two reels being filled with the same symbol, including wilds.

“Super Flip is an exciting premium title that gives players the chance to win big in a multitude of ways, and has been immensely successful with Unibet during a period of exclusivity,” said Johan Tornqvist, CEO of Play’n Go.

“We’re excited to now be able to give all operators the chance to delight their players with Super Flip, which is available for both mobile and flash and comes complete with stunning graphics and sound. We’re certain players and operators alike will jump for joy with Super Flip.”