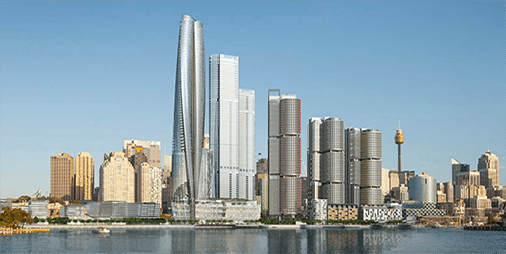 James Packer’s bid to build a new world-class casino complex in Sydney has hit a stumbling block after Crown Resorts was served with legal proceedings earlier this week.

Work is already underway on the waterfront site at Barangaroo, but the Millers Point Fund is seeking to have construction halted due to concerns over the validity of the project and its planning procedures.

The NSW Planning Assessment Commission approved the $2 billion development in June after Crown agreed to certain concessions, including improvement to public access features and a local affordable housing scheme.

It was thought the PAC’s seal of approval would mark the end of what was a tortuous 18-month planning process, but this latest hurdle could result in more delays for a project Packer has singled out as Crown’s top priority.

Also named in the legal challenge are Lend Lease, the Barangaroo Delivery Authority, the Sydney Harbour Foreshore Authority and the Minister for Planning, Rob Stokes.

The case set to be heard in the NSW Land and Environmental Court on August 26.

Anti-gaming lobbyists are up in arms after it was revealed this week that a community health group in northern Melbourne nominated a prominent pokies proprietor for several Australia Day honours.

Alexander Burnside Robertson owns the Epping Plaza Hotel, which has recorded higher gambling takings per capita than any other pokies venue in Victoria.

According to figures quoted in The Age, punters lose around $20 million each year on the Epping’s 100 poker machines.

Yet Robertson is known locally as a prolific philanthropist and fundraiser, having made more than $3 million in personal donations to Northern Health over an 18-year period.

He was awarded the Centenary Medal in 2001 and received the Medal of the Order of Australia (OAM) in 2011.

Gambling researchers and government figures have spoken out against Robertson’s nominations, citing the pokies as a leading cause of stress and domestic violence in low-income areas.

A spokesperson for the public health group said: “Since 1998, Alex and his family have donated over $3 million to Northern Health, which has allowed the Northern Health Foundation to purchase lifesaving medical equipment and support the next generation of medical professionals through the Alexander Robertson Scholarship.

“Along with other Australian philanthropists, Alex was rightly appointed as a Patron of the Northern Health Foundation for his ongoing dedication and support.”

Trump Taj Mahal to close down as worker strike continues

After years of substantial financial losses, the Trump Taj Mahal Casino Resort in Atlantic City will close its doors at last.

The venue opened 26 years ago under the ownership of Donald Trump, now the Republican candidate for the United States presidency.

He was forced to relinquish control of the casino and all his gambling-related ventures in New Jersey in 2009 after Trump Entertainment filed for bankruptcy.

Now, in the midst of a month-long staff strike over axed health benefits, Taj Mahal’s current management has thrown in the towel.

The casino will cease to be as of September 2016, resulting in the loss of more than 3000 jobs.

It is another big blow for the gambling industry in Atlantic City, which was once the undisputed casino capital of America’s eastern seaboard.

Four AC casinos shut down in 2014, costing more than 8000 jobs, and more closures are expected as competition increases from venues in neighbouring states.