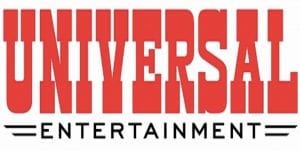 While two lower courts had already thrown out the case, the appeal was lodged to the highest Japanese Supreme Court which also denied the appeal, saying the case lacked merit and that the company did not have sufficient grounds for the appeal.

Japanese company Universal Entertainment Corp is a major manufacturer of pachinko, slot machines, arcade games and other gaming products. Headquartered in Tokyo, the company provides gambling machines to the United States, with licenses in Nevada, New Jersey and Mississippi. The majority owner of the company is Hong Kong based Okada Holdings Ltd, which is owned by Japanese billionaire Kazuo Okada.

The manufacturer first filed a lawsuit against Reuters in 2012 after the news agency published a series of stories relating to Universal Entertainment Corp’s involvement with a gaming consultant in the Philippines who was being investigated over allegations of bribery.

Reuters reported Universal had made $40 million in payments to the consultant, Rodolfo Soriano, as part of Universal’s $2 billion casino resort project that was underway in Manila Bay.

According to Reuters, Soriano, who was a former consultant for the Filipino gambling regulation authority (PAGCOR), received $30 million in “completion bonuses” for his assistance in helping Universal with the last steps in clearing hurdles for the casino. This included securing an exemption from corporate taxes and other government concessions that would boost the profitability of the casino. The remaining $10 million was sent back to Hong Kong for accounting purposes.

Soriano was investigated by the Philippine Department of Justice under suspicion of bribery due to his close connections with former head of PAGCOR Efraim Genuino and members of the administration of former Philippine President Gloria Macapagal-Arroyo. Filipino authorities threatened to strip Universal of its casino license if evidence of bribery were found, warning it could also impact Okada’s Las Vegas licenses.

In 2012, Universal filed a defamation lawsuit against Reuters, requesting $1.8 million in damages and a public apology. The company claimed the news stories were reported in a way that suggested it was responsible for issuing bribe money. In 2015, the Tokyo District Court found Reuters reporting to be accurate, and ruled out the case. The ruling was upheld by the Tokyo High Court the following year before finally being denied by the Japanese Supreme Court earlier this month.

Denial of the appeal is part of a series of bad luck for Kazuo Okada, who was thrown out as director of Okada Holdings Ltd in June this year by members of his own family.