There are no prizes for guessing what makes progressive jackpot slots so appealing. With rolling jackpots which can make you a multi-millionaire overnight, these rank among the richest casino games on the Web. So what makes a progressive different from a regular online slot game, and how do you tell them apart? Let us walk you through everything you need to know about progressive jackpots, how to trigger them, and the top titles available at our favourite online casinos recommended below.

What are jackpot bonuses in slots? 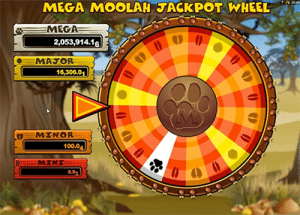 Most online slot games feature fixed jackpots which cannot be altered. No matter how many coins you play per spin, nor how much money goes through the machine, the maximum payout on a fixed jackpot slot never changes.

On progressive jackpot slots, however, the prize pool grows every time a player makes a wager and spins the reels. A percentage of every bet goes into the prize pool, which continues to increase until somebody triggers the jackpot.

There are two types of progressive slots online, network progressives and stand-alongs progressives, which we’ve detailed below.

These are the most popular progressives, as they are the ones that offer the biggest slot jackpots. This is because they are connected via a network that links every real money casino which offers a specific title.

For example, the Microgaming Progressive Jackpot Network (MPJN) connects every casino site that offers any of the popular Mega Moolah slot games. No matter where you play, a portion of every real cash bet on Mega Moolah worldwide goes into a single global prize pool. The result: a top prize which starts at $1 million and often reaches eight figures.

Also called local progressives, these games feature isolated jackpots which are specific to the casino. Even though a particular stand-alone jackpot title may be offered by several different gambling operators, the prize pool is fed only by bets made at the casino which hosts the game.

For example, Net Entertainment’s Cosmic Fortune pokie game was available at both www.GdayCasino.com and www.Thrills.com, but they didn’t share the same progressive jackpot. Wagers made on Cosmic Fortune at Thrills.com only contributed to the Cosmic Fortune jackpot at Thrills, while bets played at Guts Casino only fuelled the prize pool at Guts. 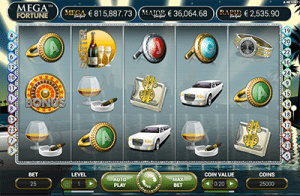 Some games, like the traditional three-reel progressive slots, only offer a single jackpot prize. However, many online video slots run multiple jackpots at a time, ranging from small-to-medium wins up to massive eight-figure payloads.

For example, Net Entertainment’s Mega Fortune slot game offers three distinct jackpots: the Rapid Jackpot, the Major Jackpot and the Mega Jackpot. Each takes a different percentage of bets made on the game, which ensures the lesser prizes are restricted to a certain range. The Rapid is the smallest, usually paying between $100 and $1000, while the Mega is unlimited and has been known to pay upwards of $20 million.

Some multi-tier progressive slots feature a mixture of fixed jackpots and rolling prizes. Cosmic Fortune is one example: the two smaller jackpots (Rapid and Mini) are set in stone, but the three larger prizes (Midi, Major and Mega) continue to grow until they are claimed.

The reason why progressives have such a good reputation isn’t just because of the huge cash prizes on offer; it’s also due to the number of people who have won them in the past. Here are some of the biggest wins on the best progressive slot games available at our favourite online casinos:

How to trigger the jackpot bonus

How you trigger the jackpot ultimately depends on the progressive you are playing. Some require you to be playing the maximum bet, others are triggered in the bonus rounds, while some can be triggered randomly. There is no strategy to increase your odds of winning, nor is the major prize more likely to go off if it is smaller in size. It is a random outcome, so the only way to win is to spin the reels and hope for the best.

Some online casino sites specialise is one brand of jackpot slots, while others offer progressive games from several trusted software developers. Check out the range at our top-ranked online casinos, all of which accept real money and are fully licensed, third-party regulated and SSL protected.

JackpotCity.com is powered by Microgaming, meaning you get real money access to all the best progressive slots on the MPJN:

Guts Casino is a no-download casino which sources title from Microgaming, Net Entertainment, BetSoft and many more leading software developers. It therefore boasts a rich array of progressive slots: