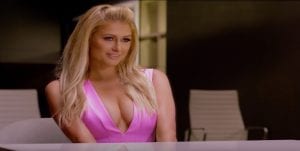 BGO.com, one of the world’s leading online casino sites, has revealed some fascinating statistics about the gambling habits of its female players.

The research, which was released by casino resource site Casinopedia, shows that more women than ever are signing up at online casinos for the first time, smashing the stereotype that gambling sites are most heavily frequented by men.

According to bgo’s research, women now account for 40 per cent of all memberships at the casino site – an increase bgo believes is due to the success of more engaging social media, television and marketing campaigns. The casino attributes its female appeal to an earlier ad campaign that saw socialite and tabloid queen Paris Hilton acting as bgo’s mascot, alongside Austin Powers star Verne Troyer, better known as Mini Me.

The ad in question saw bgo “boss” Verne Troyer return from a holiday to find Paris Hilton had decked the entire casino out in pink. Walking through the pink casino doors, he finds a sequin-clad Hilton spinning tracks behind a DJ booth and announcing, “free spins for all!” to a room of glamorous punters.

Other than Hilton’s involvement with the ad, which can be found on YouTube, we were unable to find any instances on the hotel-heiresses social media platforms where she has personally endorsed the casino to her millions of female followers. Regardless, bgo’s research suggests online casino vendors could discover some advantages to targeting their advertising to a female audience instead of the bikini clad, sexy women that are often used in online casino banners and promos.

Interestingly enough, while female players accounted for 40 per cent of bgo’s customer base, they only made up two per cent of the live dealer audience. Could this be because live dealer games are predominantly aimed at men, with attractive female dealers and croupiers dressed as Playboy Bunnies deterring female players from joining the tables?

Bgo’s research also smashed the gender stereotype that bingo is a woman’s game, with male players placing 10 per cent more bets on bingo games at the casino than women.

The most played slot game at the casino site was the same for both male and female players, with NetEnt’s Starburst proving the most popular. Although Starburst is a highly popular slot across many online casinos, it’s popularity at bgo could be due to the fact players are granted free spins on this game when they register for a real money account with the casino.

Figures collated by the United Kingdom Gambling Commission reveal that 44 of women admit to having gambled before, compared to 53 per cent of men.