While Casino Canberra might be notoriously pokies-free (for now), there are dozens of clubs and hotels in Australia’s capital city that are licensed to operate poker machines and other electronic gambling games. Find out where you can enjoy a flutter on the one-armed bandits in and around the ACT.

Slots, called pokies in Australia, are synonymous with casino gambling. They dominate the main floors of Crown Casino in Melbourne and Perth, The Star in Sydney, The Treasury in Brisbane, Adelaide Casino – every major gaming venue in the country.

Casino Canberra is the sole exception. Ever since the venue’s founding in 1994, Australian Capital Territory gambling laws have prohibited it from operating poker machines and other slot-style games. This is mainly to protect the territory’s licensed clubs and pubs, which rely heavily on revenue from gaming.

That situation is set to change. After years of fruitless lobbying, in 2016 an agreement was reached that will see the casino’s license amended to cater for up to 200 pokies. There will be no change to the ACT’s cap on the number of active gaming machines, however, which means the casino will have to purchase them from existing pokies venues.

Where to pokies games in Canberra

There are dozens of ACT pokie venues, most of which are situated in or around the Canberra CBD. These licensed gaming clubs and hotels are all within easy reach of the city centre:

While most of the ACT’s pokies clubs are based in central Canberra and the inner suburbs, there are a smattering of venues a little further out of town. Those who are happy to cross the border into New South Wales will find more options still in nearby towns such as Queanbeyan and Yass.

While there are plenty of land-based pokies options in Canberra and its surrounds, there are even more on the World Wide Web. The best online casinos carry hundreds of real money pokies from top providers such as Net Entertainment, Microgaming, Betsoft, Play’n Go, Quickspin, Thunderkick and Yggdrasil. 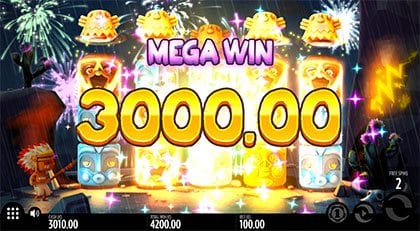 SlotsMillion.com – There is no better casino site for Australian pokies players. Slots Million boasts more than 1400 virtual poker machines for real money betting on PC and Mac, and around 600 of those are also available for instant browser play on smartphone and tablet devices. If you sign up and make a deposit today, the house will give you up to $/£/€100 in matched deposit bonuses (wagering requirements and expiry dates apply).

MuchoVegas.com – A great choice for Aussie punters, Mucho Vegas sources its online pokies catalogue from a number of the world’s best software providers. You don’t need to download a thing, as the site is optimised for browser play on both desktop and mobile. New players can score an matched bonus on their first real money deposit.

The sites above tick all the boxes for player safety, financial security and proper regulation. Each is licensed in a trusted regulatory jurisdiction, runs certified SSL (Secure Socket Layer) encryptions and supports a wide array of secure online payment methods. Follow the links to sign up and score hundreds of dollars in casino bonuses, or else try out the enormous selection of pokie games of offer without risking a cent.

Australia’s online gambling scene is in a state of flux right now as lawmakers look to further restrict the reach of offshore casino operators. Nevertheless, it remains safe for punters in Australia to play at offshore licensed online casinos. If that changes, we will be the first to let you know.