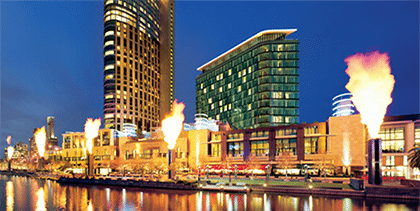 Crown Resorts has assembled what Australian media outlets have dubbed “a legal war room” to protect itself against the potential fallout of the Chinese corruption scandal.

It was confirmed last week that China had formally arrested the 17 Crown employees detained after sweeping raids on several of the casino giant’s Asian properties in October.

A week after the arrests were made official, Crown has sought expert legal council from Minter Ellison – one of Australia’s largest corporate law firms.

External observers have taken a cynical view of the situation, suggesting James Packer and his company are hell bent on dodging any liability for their employees’ predicament.

That view is shared by certain figures within the operation, according to Fairfax Media.

“I would typify it as an act of corporate, legal and reputational arse-covering of the first order,” an anonymous senior member of the Crown hierarchy is quoted as saying.

The families of the detained Crown staffers were notified of the arrests last week in an official correspondence from Chinese authorities.

Initial reactions to the news were those of concern for the individuals and anger towards China, particularly regarding the lack of information provided about the charges.

As a relative of one of the detainees reportedly put it: “The notice just says they have been arrested under ‘gambling crimes’, that’s it.”

But Crown is anticipating backlash down the line and has moved to shield itself from any potential class action suits the employees or their families might muster.

“There is a view that once the families of the employees detained come to a realisation that Crown has failed massively in its duty of care, there will be conflicts of interests,” a source close to the case told Fairfax.

“They [Crown directors and management] are all obviously worried about their own personal liability. That is, paper trails that prove they knew China had warned them not to market into China.”

Our thoughts on the Crown Resorts corruption case

Crown’s reaction to the news of the formal arrests is, sadly, not a unique one.

Major corporations spend much of their existence trying to distance themselves from any misfortune an individual might suffer whilst in their employ.

Too often they succeed, but will Packer and company?

Gambling is illegal in China, as is the promotion and organisation of gambling-related activities.

It has been widely reported that Crown was issued several warnings to that effect prior to the October raids.

Mr O’Connor and other high-ranking execs must have known the inherent risk of ignoring Chinese law, but did the rest of those caught up in this mess?

Many have also questioned Crown’s decision to ditch the more conventional VIP junket system in favour of sending official employees to drum up business on the Chinese mainland.

“As professional junkets we will not violate Chinese law, we will perform our business in the grey zone of the Chinese law,” said U Io Hung, a prominent middleman for VIP casino operations in Asia.

“[Crown] went over themselves to look for clients, I already told them they should be careful… [but] they just wanted revenue.”

Some remain puzzled as to why Crown was singled out among the hordes of casino operators that trawl China for VIP clients, but all signs point to corporate naïveté.

If that is the case, and if it wishes to salvage any dignity from this wreck, the company should cop what’s coming and take responsibility for the wellbeing of its employees.

Whether or not the lawyers, the major shareholders, or Mr Packer agree with that sentiment is another matter entirely.