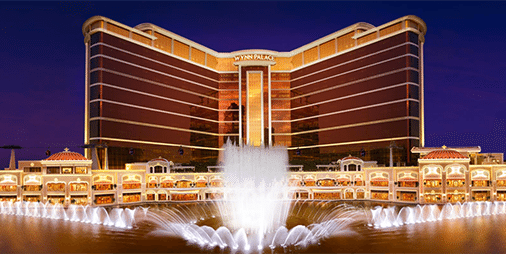 Six years in the making, Wynn Palace opened its doors for the first time this week to become Macau’s 34th casino.

Situated on the bustling Cotai Strip, the integrated casino resort cost around US $4.1 billion (AUD $5.37bn) and features some 1706 guest rooms and suites.

Macau, the largest gambling market on the planet, is currently in the midst of a slump due to a stalling Chinese economy and the government’s anti-corruption crusade.

Steven Wynn, the CEO of Wynn Resorts, was optimistic when speaking at the grand opening earlier this week, although he acknowledged it was a tough time for the region’s casino operators.

“In every business there are good years and bad years,” he said. “For our return on investment, I expect we will be fine.”

Wynn Palace is just one among many new integrated resort projects on the Cotai Strip.

The Parisian and The 13 are scheduled for completion within the next month, while Grand Lisboa Palace, MGM Casino Cotai and Wynn Diamond – Wynn Palace’s sister development – are slated for 2017.

The Star Entertainment Group has no intention of halting its ongoing casino development projects, despite the resulting impact on gaming and resort revenues.

The firm is in the process of renovating and expanding the hotel facilities at Sydney’s The Star and Gold Coast’s Jupiters Casino in order to lure Asian VIP players and tourists.

However, the financial year ending 2016 saw Star lose about $10 million in potential revenue due to interruptions from construction work.

Star Entertainment CEO Matt Berkier said: “The big impact of disruption is that we can’t put high-value guests into those rooms because there is jackhammering, problems with access and so on.”

The ongoing developments haven’t hindered the company’s gaming profits, which were up some 15 per cent to $194.4 million for 2015-16.

Nevertheless, the company is expecting to forfeit more income over the coming year as the ambitious expansion scheme continues.

“Disruption from capital investment works across the gaming and non-gaming business will continue to impact revenues and earnings into FY2017, although the impact is expected to reduce in the second half,” said a Star Entertainment press release.

SEG also owns Treasury Casino in Brisbane and is in the midst of securing planning approval for a $2 billion Vegas-style integrated resort at Queen’s Wharf.